The Daily Mail is not the first place I look for frequent flyer news, so I was surprised to see this report on MailOnline.  I’m not sure if it actually appeared in the main newspaper or not.

It based on a report by Collinson Latitude, which is a consultancy firm in London focussing on loyalty programmes (I should probably ring them up for a job!). 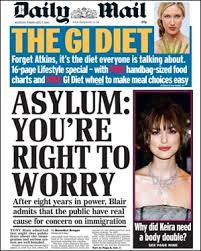 The headline findings are interesting:

c 40% said that paying taxes made their points less valuable

c 40% have never tried to redeem their points

c 25% had failed to redeem due to lack of availability

As the report does points, the UK is an interesting market  because the two largest short-haul airlines – Ryanair and easyJet – do not run traditional loyalty schemes.

However, the findings above really do not make any sense to me.

55% said it took too long to get anything of value?   That is, frankly, nonsense ever since BA started offering 1 Avios per mile flown.  Even a cheap economy flight to New York earns you enough Avios for a one-way flight in Europe.

40% said paying taxes made their points less valuable?  The other 60% need a lesson in basic economics, then.

40% have never tried to redeem their points?  In which case, I’m not sure how qualified such people are to answer the other parts of the survey!

25% failed to redeem due to lack of availability?  Seems a bit low to me, to be honest.  This is skewed by age, though.  18-34 year olds have the worst problems and just 10% of 55+ year olds – presumably with flexible diaries – had issues.

A key finding of the report for me, though, is that you should think carefully before doing business with IdeaWorksCompany (which designs frequent flyer programmes)!

Their president, Jay Sorensen, appears to believe that Flying Blue (the Air France / KLM programme, generally known as Flying Poo in the trade) is the best programme out there.  That is the same Flying Poo which, until a couple of weeks ago, didn’t even let you redeem for First Class awards unless you were a top-tier elite – and even then at extreme mileage levels – and charged ludicrously high taxes on other redemptions ….