Back in July, I published this long post about the problems that Head for Points readers have had getting Lloyds Bank to give them the credit card sign-up bonus they were due.

To summarise, the recent promotion involved spending £500 per month on your card for the first three months.  You would then receive a 20,000 Avios bonus.  However, Lloyds was arbitrarily defining ‘month’ based on the date you were accepted for the card, which was NOT the date you applies and NOT the statement month.  The best bit is that it was impossible to find out, even if you called them, what dates they were working to! 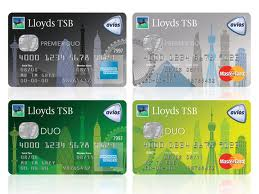 I was just contacted by another reader who had been refused his 20,000 Avios, despite spending over £500 in each of his first 3 statement periods.  He then took his complaint to the ombudsman.

These facts came out during the subsequent discussions with Lloyds, who assigned a manager to liaise with the HFP reader:

‘Heads are rolling’ within Lloyds over the implementation of this promotion

The outcome of the ombudsmans intervention was:

“Not insubstantial” financial compensation on top

So, if you have not received your 20,000 Avios points from the Lloyds Premier Duo credit cards promotion, I strongly suggest that you escalate your complaint.

Send a final complaint letter to Lloyds, warning them that you will escalate the complaint if it is not resolved within x weeks.  After that point, file your complaint.  (Contact details for the ombudsman are in the literature that Lloyds sent you with your card.)  My understanding is that Lloyds is fined £500 as soon as the ombudsman receives your letter – this covers the cost of the service – and they are then obliged to act.