I was quoted in The Sunday Times yesterday (page 2 of the ‘Money’ section) in an article on the lack of Avios reward availability.  The journalist who wrote it wanted some information on the size of the Avios scheme so I dug out the International Airlines Group accounts for last year. 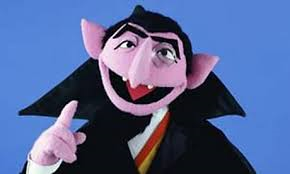 It tells you what I already knew – that there are 5.9 million ‘active’ Avios accounts out there.  Given that Iberia in Spain accounts for part of this, that there is an Avios scheme in South Africa and that British Airways Executive Club has a lot of members outside the UK, I estimate that around 4m accounts are UK based.  Many people will also have two or even three accounts across the three schemes.

The 2013 accounts also told me something I didn’t know.

That is a LOT of Avios.

You shouldn’t be too surprised by this number.  After all, IAG flies over 140 billion passenger seat miles per year – albeit not at 100% capacity – and you earn at least 1 Avios per mile flown.  Many people do not collect but they are offset by those who collect additional miles from Tesco, Amex etc.

That is a huge number.  Think about that for a minute.  BA and Iberia need to give away the equivalent of EVERY economy seat on 66 New York departures EVERY DAY just to keep the number of Avios in circulation constant.

You can also look at it as a % of flown seat miles.

If IAG fills 12.3% of its total seat numbers with Avios redemptions then it will absorb all of the new Avios being printed each year.

This is obviously a very simplistic analysis.  However, in my experience of doing very complex and very simple financial models over the years, it doesn’t make much difference.  If we adjusted for Avios that expired, redemptions for non-flight products, redemptions on partners, redemption by other airline schemes on BA etc etc, I would expect the end number to be close to the initial educated guess.