On Tuesday evening I was in Terminal 2 at Heathrow for the opening party for the Plaza Premium arrivals lounge.

(This is part of our series of reviews of airport lounges across the UK.  You see all of the reviews here.)

This is the sister lounge to the classy Plaza Premium departures lounge in Terminal 2 which I have covered previously.

You can buy passes in advance via the Plaza Premium website. The Terminal 2 arrivals lounge is interesting for a number of reasons:

it is the first independent arrivals lounge at Heathrow

it is the first arrivals lounge at Heathrow to accept Priority Pass or Lounge Club cards, or buy a pass at at their website

it is open from 5am to 10pm – unlike many arrivals lounges which close around 2pm (looking at you, BA) It is situated directly next to the exit from the customs area in Terminal 2, directly opposite the walkway into the arrivals level from the car park, tube and Heathrow Express.

Plaza Premium has taken a different approach from its departure lounge.  The main area comprises a bar with a tapas-style food offering as you can see in the photos above – one from the party and one PR photo.

This is a relatively modest space.  The spa and shower area is huge in comparison.  There are eight shower suites and a number of massage and spa suites – the massage suites can be converted into day rooms for sleeping.  The quality of finish is very high and the spa uses organic, chemical free products from British brand ILA. 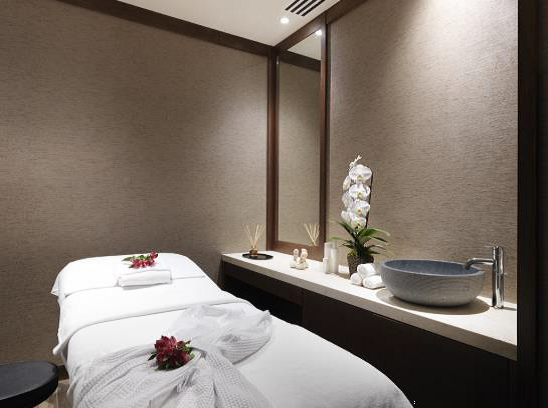 Basic entrance is £25 including VAT.  It is free if you have a Priority Pass card (another benefit of Amex Platinum, or you can buy one directly) or a Lounge Club card, which comes with Amex Gold.  One off visits can be prebooked via the Plaza Premium website.

The shower rooms and spa treatments are charged separately if you pay on the door to enter.  According to the comments below, anyone who use a Priority Pass card can use the showers free of charge. 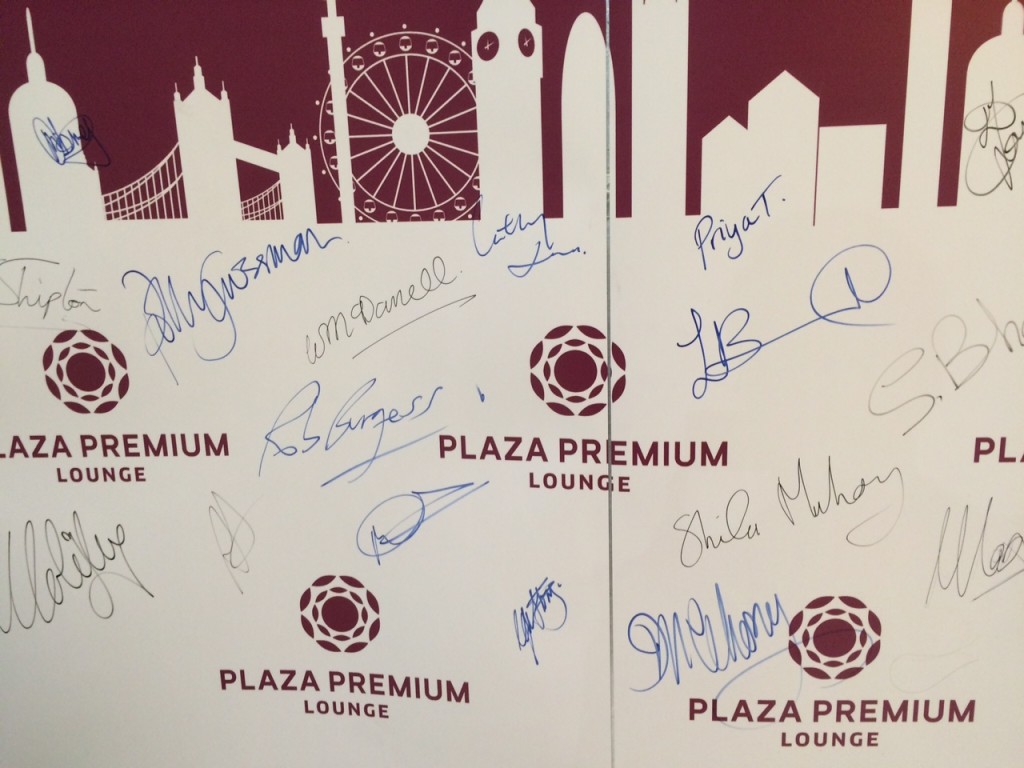 A lounge coming to Terminal 5?

The speech from Mr Song Hoi-see, founder and CEO of Plaza Premium, contained an interesting titbit.  As I have written before, Plaza Premium has a Terminal 4 departure lounge under construction which will open in the Spring.

He also revealed plans to open a Terminal 4 arrivals lounge.  In addition, though, he said that the company was in discussions with Heathrow about opening lounges in Terminal 3 and Terminal 5.

By coincidence, US airline Delta opened its invite-only arrivals lounge in Heathrow Terminal 3 on the same day.  You can learn more about that in this Business Traveller article.