Yesterday I launched an exclusive Head for Points discount code for HotelTonight.  Unfortunately, whilst the HFP30 code for £30 off worked OK, the HFP20 code for £20 off had been set up incorrectly.  If you tried to redeem it before around 10.30am yesterday, it will not have worked.

Apologies for the inconvenience.  The code is now working fine.  If you missed the offer yesterday, you can read about it here. 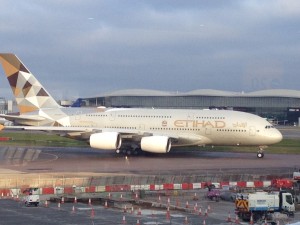 One of the three services was then switched over.  Last week, a second batch of services got changed.  Etihad has not told passengers about these changes – I only know because I use the excellent My Flights app which notifies me as soon as any change is made to any of my flights.