In the first post we looked at Los Angeles and the second one focused on San Francisco.  This final article is about the newest addition to BA’s California routes – San Jose.

Looking at the BA Low Fare Finder tool, you can reach San Jose with British Airways for as little as £619 return in World Traveller and £901 in World Traveller Plus. The lowest current fare of £3,278 for Club World is a bit steep for the leisure market, but there should be good deals on this route in the regular BA sales.

It is also worth taking a look at Club World fares starting in other parts of Europe, such as Dublin, and of course looking out for Avios availability.  Until Lufthansa starts its own San Jose service later in the year, there are no other direct flights from Europe.

The former agriculture centre San Jose has seen a lot of changes over the last few decades thanks to the rapid growth of Silicon Valley. But high-tech corporations are not the only reason why people want to explore this part of California.

You may struggle to name a single San Jose attraction off the top of your head, but there is a lot to see and do.  Here are 10 ideas of where to start.  Most of them are outside the city centre and you will need to hire a car, but that is generally taken for granted in this part of the world.

Being famous for its tech advanced Silicon Valley, San Jose might be the last place you’d expect to see the biggest collection of ancient Egyptian artifacts in Western North America.  This is exactly what you can find in the Rosicrucian Park with its Egyptian Museum, Peace Garden (with labyrinth) and Planetarium. The museum is also planning on opening the largest Alchemy Museum in the world once funds have been raised. The entrance fee is $9 and the museum is closed Mondays and Tuesdays. 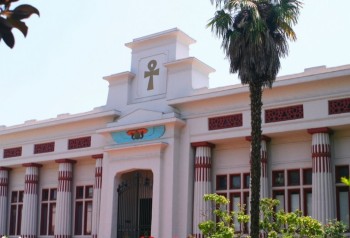 If you are interested in learning more about the development of aviation, head to the Hiller Aviation Museum. It opened in 1998 and features over 50 aircraft from more than a century of airline history. The museum has a strong focus on key aviation pioneers whose creativity helped turning the dream of flying into reality. Admission costs $15. 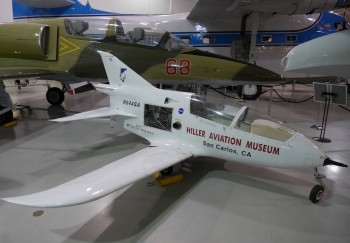 Looking at aircraft in a museum is great.  But how about flying one? I bet most HFP readers have thought about it before and Aero Dynamic Aviation helps making this dream become reality by offering introductory sessions – or just a scenic tourist flight.  If you don’t get sick easily, you could even try the introduction to aerial acrobatics.  Tip: last time I checked there were some great offers for this on Groupon. 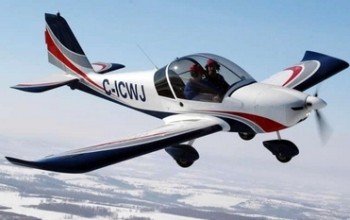 It takes about an one hour to get from the centre of San Jose to Mount Hamilton, but its definitely worth the drive and not only for the beautiful scenery and nature with a spectacular view once on top of the mountain.  Mount Hamilton is also home to the Lick Observatory – an active research facility with visitors centre.  There is no entrance fee and the guided tours are free of charge. If you love nature or have an interest in astronomy, this is the place to visit.  Be warned that drivers are advised to take caution as the roads to the summit are partly very narrow and it can get windy. 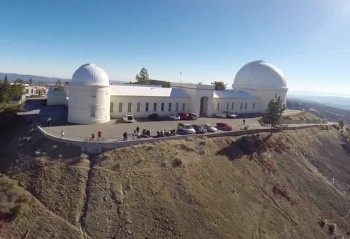 Why would someone build a house and have it constantly expanded until the day he/she dies? That is part of the mysterious story of Sarah Winchester, who moved to California after she had been told her family was cursed and she would need to build that house in order to control the spirits. True or false, Sarah has definitely been an interesting person and the 160 rooms, 2,000 doors, 10,000 windows, 47 stairways, 47 fireplaces, 13 bathrooms, and 6 kitchens are full of symbols and artworks (and apparently evil spirits). Tours start from $30 and the website informs you of special events. 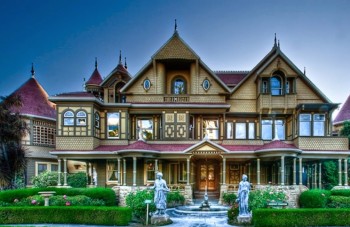 The San Jose Museum of Art has been known for focusing on local artists since its opening in 1969. However being located in Silicon Valley where ‘being local is to be global’, the museums director has decided to widen the range of artworks and to focus on the cultural diversity within the Bay Area connecting the past with the present and the local area with the world. Admission is $10. Check the website for special events and holiday closures. 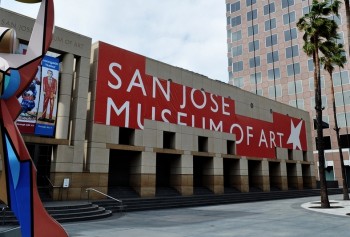 Obsessed with Donuts? If not, visiting this shop will get you there – so don’t enter if you don’t want to risk an obsession. Psycho Donuts has got every topping you can think of, every donut flavour you want and lots of creative designs on the menu. The shop also doubles as an art gallery with all the quirky artwork on display being for sale. The only thing I do not understand is the German chocolate cake they advertise …. last time I checked we were known for Schwarzwaelder Kirschtorte und Apfelstrudel and not chocolate cake with caramel and coconut …. 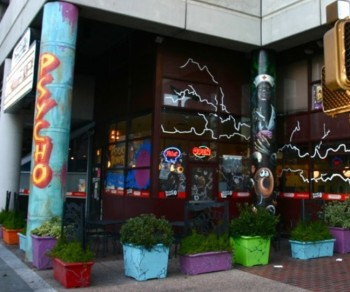 Ok, shopping centres are not everyones cup of tea. Santana Row is a little different, however. Yes there are lots of shops in this open air centre but next door you can also find a cinema, theatre, apartments and the boutique hotel Valencia. 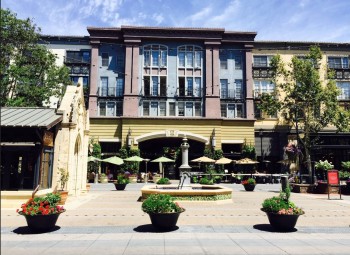 Who would not want to stay in such a pretty hotel with the view of surrounding mountains?  The 100 years old Dolce Hayes Mansion used to be a private estate and has been transformed into a hotel that caters equally for business and leisure. Next to two restaurants, one lounge and meeting rooms you will find a spa, gym, pool and tennis courts. The Dolce hotel group is part of the Wyndham Rewards scheme which means that it will be 15,000 points per night – just like every other Wyndham property!

Another interesting option for redeeming hotel points is the new Westin San Jose.  Opened last July after a major renovation, the 1929 building is listed on the National Register of Historic Places. 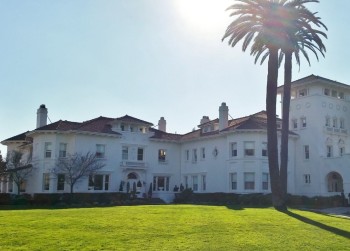 This article was supported by British Airways. British Airways flights to San Jose start on 4th May and currently start from £619 in World Traveller. Full details of their California offers can be found here.