In the last post we looked at Los Angeles. This article focusses on San Francisco.

Looking at the BA Low Fare Finder tool, you can reach San Francisco with British Airways for as little as £595 return in World Traveller and £868 in World Traveller Plus.  I doubt the leisure market will be too keen on the current non-sale price £3,253 in Club World, but there are good deals on this route in the regular BA sales as well as possibilities to reduce the cost by starting in Ireland or elsewhere in Europe.

You can also redeem Avios points for British Airways flights, of course.  Remember that Aer Lingus also flies from Dublin to San Francisco and the tax on a Business Class redemption will be under £100.  airberlin is launching flights from Dusseldorf to San Francisco in June with a similar low level of tax for an Avios ticket.  American Express 2-4-1 vouchers cannot be used on Aer Lingus or airberlin, however.

Why should you head back to San Francisco?  You’ve walked over the Golden Gate Bridge, you took a trip in a cable car and you’ve shopped in Union Square.  Been there, done that, got the Pier 39 t-shirt.  The typical HFP reader looks for more than that, though, so here are some new and niche activities that would justify a return trip:

Featuring more than 20 galleries throughout San Francisco International Airport, the SFO Museum is a great place to kill some time before or after a flight. The museum has an ever-changing programme of exhibitions on a range of subjects as well as a permanent collection displaying the history of commercial aviation – which is especially of interest for the HFP reader. The Aviation Museum and Library exhibits items like airline bags, stewardess hats, insignias, model aircrafts and luggage labels – all of which have seen various changes over the years. The museum is open from 10:00 AM to 4:30 PM Sunday – Friday and admission is free. Information on special events and new exhibitions can be found on the museum’s website. 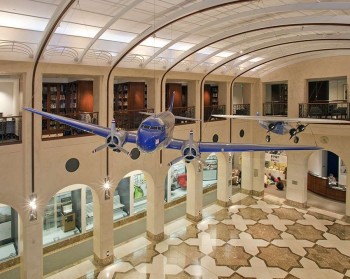 What began as an idea in 2010 to bring communities together by grouping street food vendors and adding a dash of culture has become another Bay Area stalwart.  Off the Grid is more than just a website listing all the food markets in the area.  It also puts on special events like Sunday afternoon picnics at the Presidio or Friday nights at the Fort Mason Center with live DJs and local music – see the photo below. A full list of vendors and upcoming events can be found on the website. 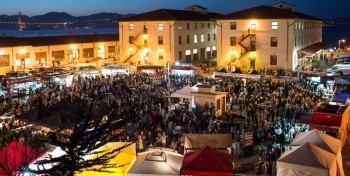 The California Academy of Science is one of the largest natural history museums in the world. Under its living roof you can explore undersea worlds at the aquarium, learn about our solar system at the planetarium or walk through a rainforest surrounded by butterflies. The academy also hosts a variety of special events including Night Life on Thursdays for those who want to explore the museum at night with a cocktail in their hand. General admission to the academy is $35. See the website for prices of special events. 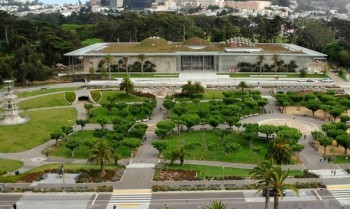 San Francisco’s Museum of Modern art was founded in 1935 as the first museum on the West Coast specialising in 20th-century art. Currently SFMOMA is in the last phase of a two-and-a-half-year expansion project, designed by the Norwegian architecture firm Snøhetta, to give the museum more room for its constantly expanding art collections. SFMOMA is known for its wide range of artworks including paintings, sculptures, photography, architecture and design with a special focus on media arts. Until its re opening on 14th May 2016 exhibitions and events are being held at various locations in the Bay Area. To find out more, check their website. 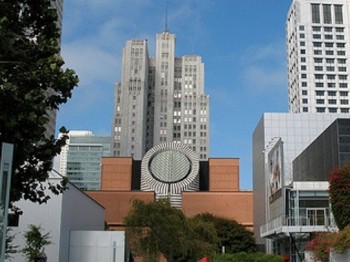 Yes, there is now a cheese school in San Francisco and if you love cheese and wine, this is a great place to spend an interesting and delicious evening. At the cheese school you can learn everything you need to know about cheese: history, use and how to taste it whilst sipping a glass of wine or beer. The school also offers classes in cheese making and hosts movie nights. Check the schedule on the website for upcoming classes and events. 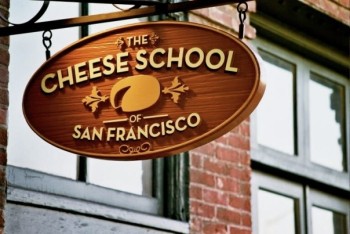 This record store is everything a record store should be. Amoeba Music opened in 1997 in a converted bowling alley and has hundreds of thousands of music titles stocked with numerous CD listening stations giving you the opportunity to explore new music or listen to all time favourites. The store is also known for its free live music events so make sure to check the website for upcoming gigs.  A major extension has created a ‘shop within a shop’ which sells DVDs and VHS (yes VHS!) tapes with more than 30,000 new and used titles including rock films and Asian cinema. Who doesn’t like a good bookshop? City Lights is one of those you want to keep coming back to over and over again. In 1953 poet Lawrence Ferlinghetti and Peter D. Martin founded this independent bookstore as a place for browsing and reading, launching its own publishing house City Lights Publishers in 1955. The store has got everything from new releases by major publishing houses to hard-to-find rarities and invites customers to sit in the basement or poetry room reading (entire) books. City Lights also invites authors on a regular basis for instore readings. The events (of which most are free and open to the public) can be found on the website. 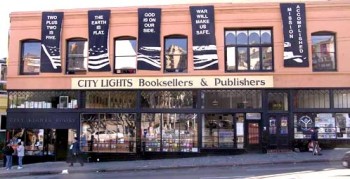 Minutes away from Union Square you can find the former Parc 55, the fourth biggest hotel in San Francisco, which was bought by Hilton last February.  This is not a management contract – part of the proceeds from the sale of the Waldorf-Astoria in New York ended up here. It re-opened as The Parc 55 San Francisco – A Hilton Hotel last February. The hotel brands itself as eco friendly with a focus on their green initiatives (recycling, composting, energy saving), has a funky look (for a Hilton …..) and allows guests to bring their dogs.   It is available as a Hilton HHonors redemption for 60,000 points per night. 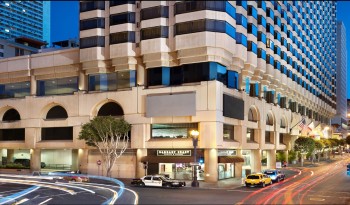 If you want a more boutique, local feel, the hotel opening making the most noise this year is VIA.  Dedicated to technology and personalized hospitality, the hotel is scheduled to open in June in the South Beach area to deliver “a sophisticated and truly unique experience for the 21st century traveler”.  That said, as their blog is happy to discuss the struggle of finding the right wallpaper amongst other issues, I wouldn’t rely on that date!

In the final article in this series later in the week, we will take a look at San Jose, BA’s newest California route which launches on 4th May.  What is there to see and do?

This article was supported by British Airways.  British Airways flights to San Francisco currently start from £595 in World Traveller.  Full details of their California offers can be found here.