This is my review of the Crowne Plaza Salzburg hotel, known locally as The Pitter.

On our way back to the UK after half term, we spent a night in Salzburg.  I chose the Crowne Plaza Salzburg (technically still called by its historic name of The Pitter) because I knew the location was OK – I had previously stayed at the Sheraton which is almost opposite – and it would allow my wife and I to meet our Accelerate promotional targets. 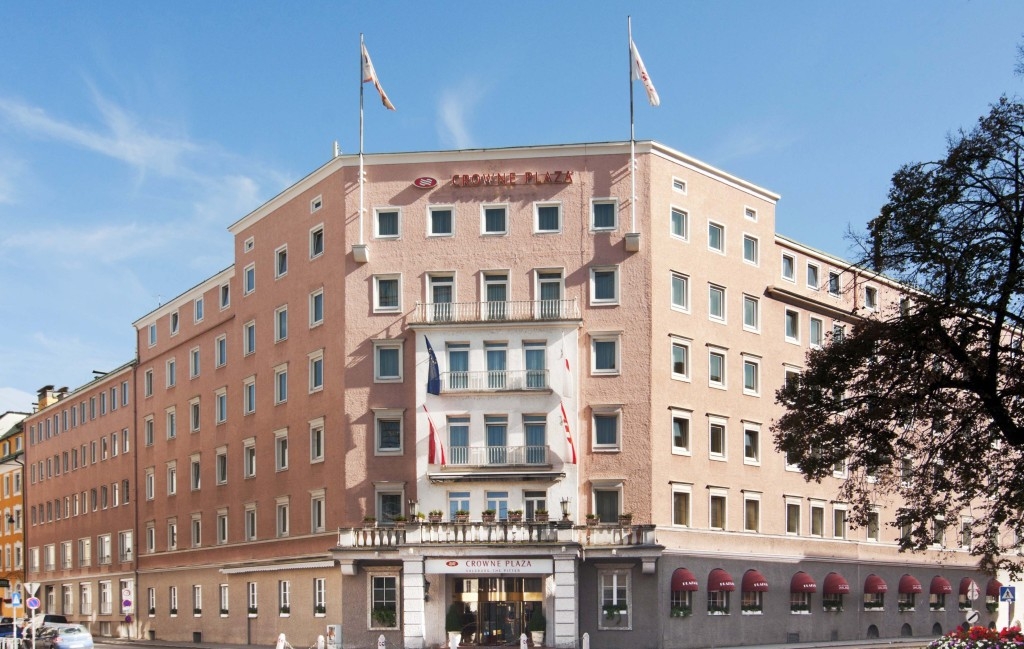 It is slightly odd property.  It has been partially refurbished recently but not entirely.  The website shows some re-done rooms and some which do not appear to have been done.  The corridors still look they belong in a hospital.  The public areas have clearly had a light makeover but nothing radical.

I get a feeling that if you have a non-refurbished room your experience may be different to ours.

Location wise, it is fine.  There are some hotels in the Old Town but the lack of vehicular access, the narrow streets and potential noise issues always put me off.  There are a number of hotels just on the edge, including the Crowne Plaza.  It is almost opposite the Mirabell Palace and gardens and you can walk through that to the river.  Cross that and you are just about in the Old Town.

We had booked two Junior Suites.  This was partly because they appeared to have been refurbished and partly because, at just €120, it seemed rude not to.  As it happens, both rooms were upgraded to full suites.

In terms of other elite benefits, my wife (Platinum) and I (Spire) were both given 600 points.  No alternative amenity was offered.  As a Spire I had a bottle of cranberry tea waiting for me in my room!

The suites had clearly been redecorated very recently: 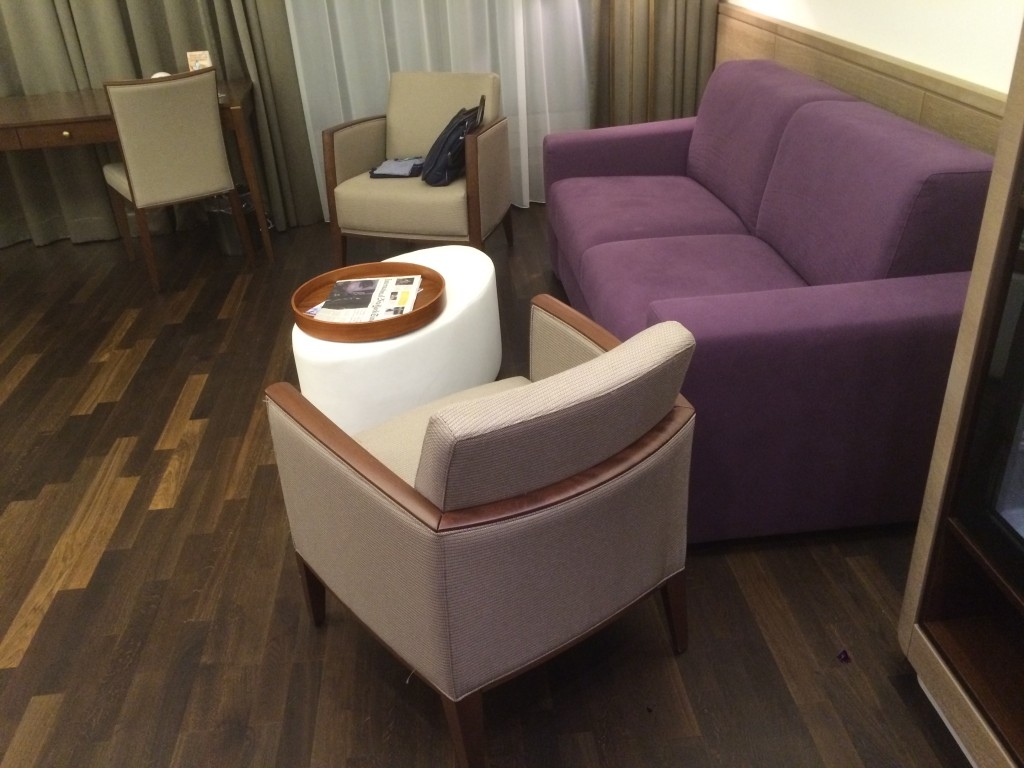 …. and were a good size (a four-year old boy does not come as standard!): 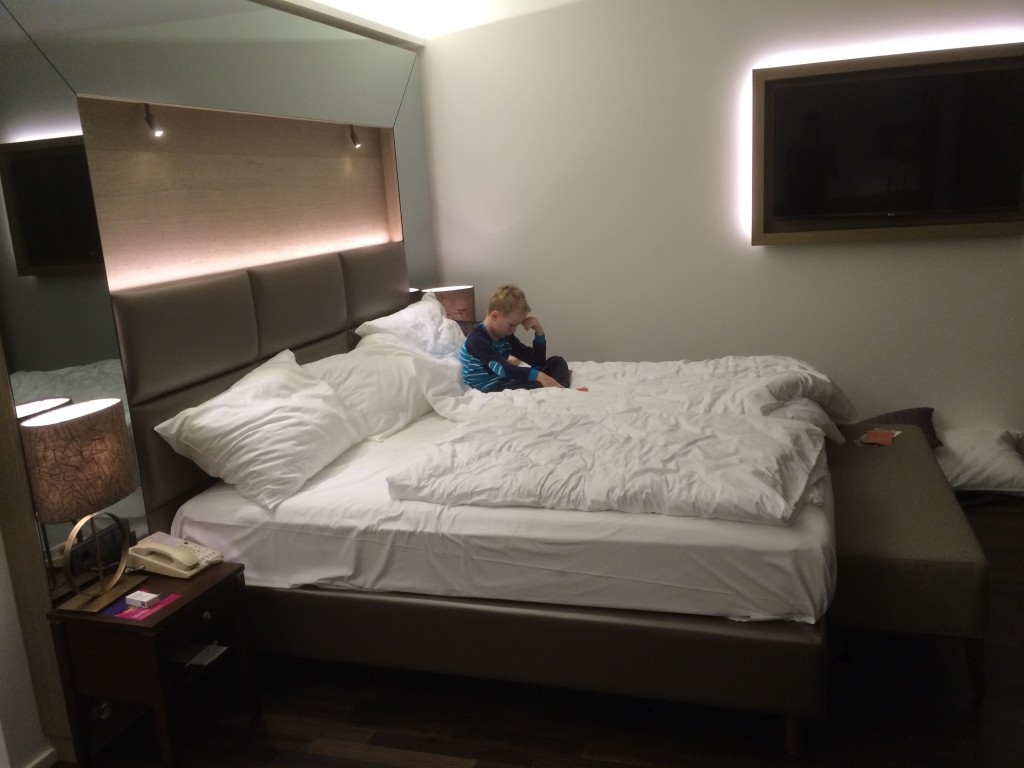 The bathroom was h-u-g-e, potentially the biggest I have ever had in a city centre hotel.  The loo and bidet were tucked away in a separate room. 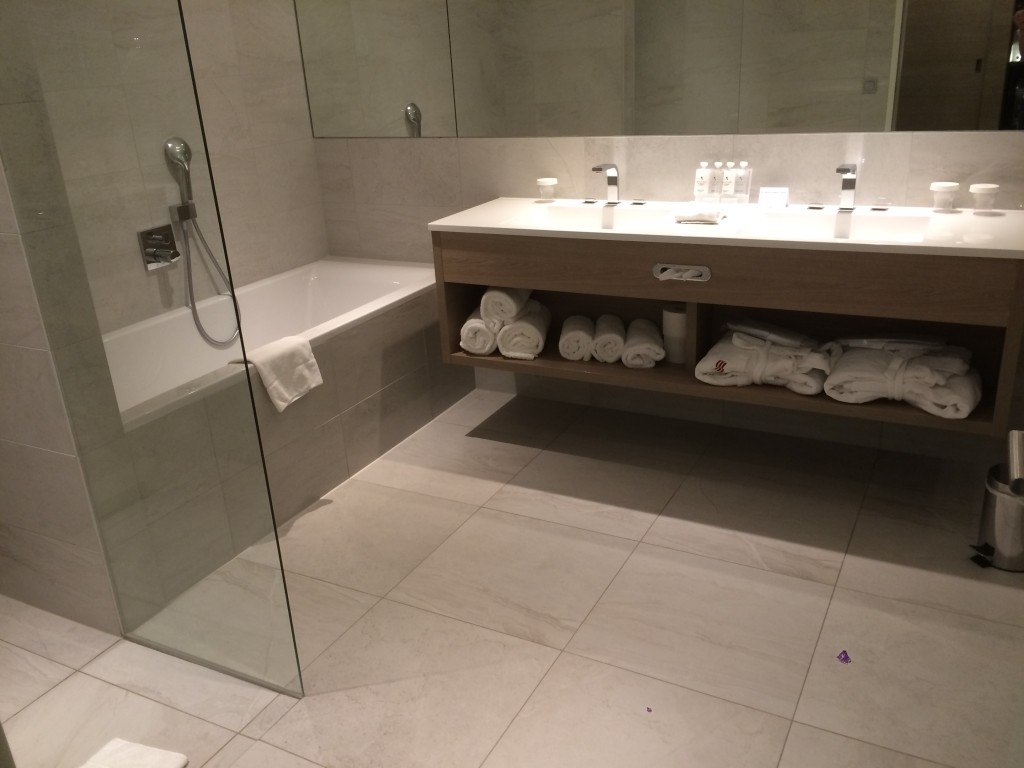 Toiletries were Bulgari, which positively surprised me.  The last time I saw these was in the InterContinental Hong Kong.

In the basement of the hotel is the oldest bar in Salzburg.  Unfortunately, it was closed for two weeks for annual holidays!  We ended up eating in the rooftop bar which is shared with the main restaurant where breakfast is also served.  Despite claims of ‘panoramic views’, you really don’t see much from it!

Dinner in the bar was perfectly OK.  Breakfast was a little underwhelming, to be honest.  Perhaps we had been spoilt by what we had been offered the previous week in Hinterglemm, but I don’t think so.  There was an ‘egg chef’ but apart from that the selection was not huge.  The sausages, scrambled eggs and baked beans looked ropey.  The hotel did not even offer free prosecco with Sunday breakfast which is pretty standard across hotels in Germany and Austria.

We never got to visit the sauna or fitness centre, sorry!

All in all, I would be perfectly happy to stay at the Crowne Plaza Salzburg again if I could guarantee a refurbished room.  If you can get a Junior Suite for a similar price to the €120 we paid then you will be in good shape, even if you don’t get upgraded further.

You can find out more about the hotel, and book, on this page of the Crowne Plaza website.