I wrote on Saturday about the introduction of the new ‘improved’ British Airways Club Europe food service.  This began yesterday.

In reality it is a mixed bag:

some routes have gained a hot meal (eg Lisbon, Gibraltar)

quite a lot of routes have lost a hot meal, gaining a panini instead (see the list in the article on Saturday)

Here are a few photos taken by readers yesterday.  Click on any of the images to enlarge.

I ran these two pictures in an extra article yesterday morning.

Very little seems to have changed here.  The portion size may be bigger, or it may just be the smaller tray making it look bigger!  The new cup should keep your drink hotter for longer. 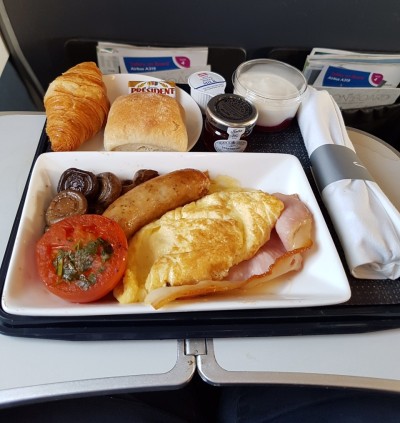 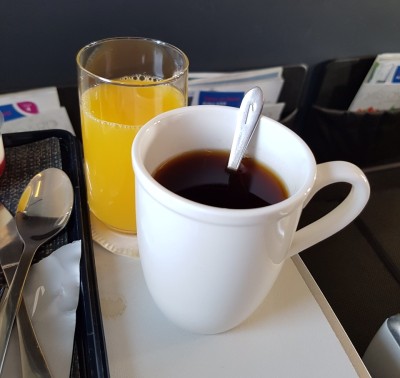 This is where it gets contentious, as whether this is an improvement or not depends on route.

The photo below is the lunch, and presumably also dinner, served on a Madrid flight yesterday.  This route would previously have had a proper hot meal.  The panini served was cheese and tomato.

Note how the panini comes with a bread plate so you can, erm, have some bread with your bread ….. 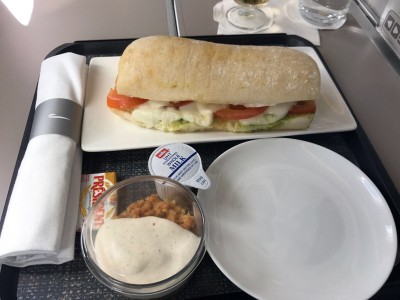 However you spin it, what you see above is NOT an ‘improvement’ on the previous hot meal.

Another reader managed to persuade the crew to give him both the hot sandwich and the salad: 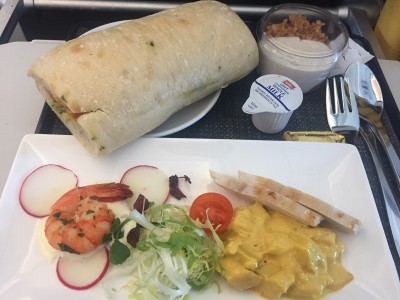 When you have both items together, it begins to look a bit better – but only the goodwill of the crew will get you this.

Here is a similar salad from a German route: 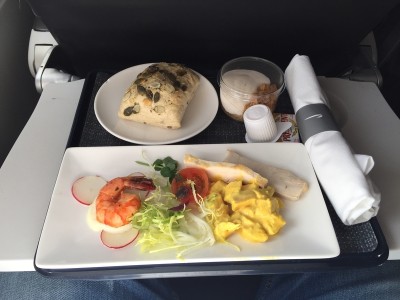 On routes which would previously have only had a salad, arguably getting the choice of one of the two items above is an improvement.  The salad option looks smaller than the old-style salad however.

This is the panini given out on Heathrow to Amsterdam last night – it was unlabelled but appears to be some sort of pulled meat with cheese: 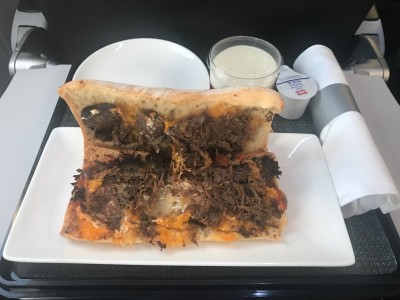 However, to be fair, you would previously have just had a salad on this route so there is at least now a hot option.

Departures between 2pm and 5pm on ‘Short’ and ‘Medium’ routes get a new version of afternoon tea.  The scones have gone.   You must now choose between cold ‘finger’ sandwiches or a ploughman’s salad.

Here is the ploughman’s salad, featuring scotch egg.  The mini victoria sponge replaces the scones.  As a shorter flight, it still gets individual bottles on champagne.  This looks ok although I had a soft spot for the scones: 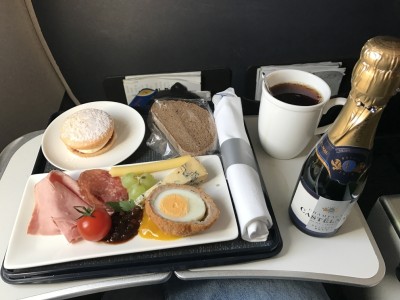 Here, from a different flight, is what the sandwich option is like: 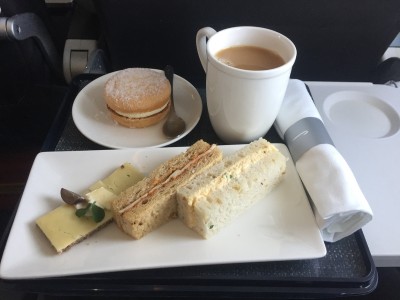 Here is a menu from a longer flight – Gatwick to Malta.  Routes like Malta always had a hot meal service so the change here is less dramatic.  The person who sent me this menu said that he found the meal OK: 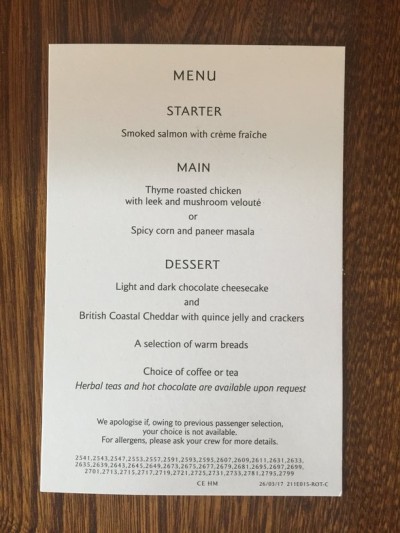 It is still early days for the new service, of course, and I wouldn’t be surprised to see some changes as the months pass.  I think it is fair to say that nothing above passes as a ‘major investment in Club Europe’ or whatever the wording was that was used at the last City investor presentation.