If you are flying to London from Hong Kong in Club World today, you will have received the ‘new’ Club World meal service for the first time.

This was, as you may remember from the glossy British Airways launch event last year, to be provided by Austrian group Do&Co.  Do&Co is the gold standard of airline catering, and is the reason why Austrian Airlines business class has such an outstanding reputation for its food.

The new Club World meal service is being added to additional routes as the weeks go on.  Whilst I had heard a few reports about poor quality, it wasn’t clear to me why. 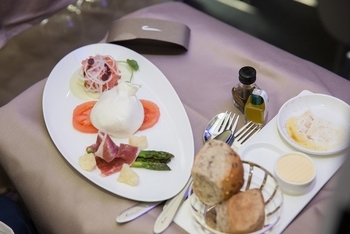 “The same food arranged differently on new china” is how the crew member describes it.  It is worth noting that this poster is a respected and long-serving member of Flyertalk.  He also feels let down, because even cabin crew did not have this explained to them during the training process.  They were also expecting to be serving food of the New York JFK standard on other routes.

(Remember that a photo from a crew training session posted online showed Bollinger champagne being served.  Good luck tracking that down.)

He also claims that the amount of food loaded has also been decreased in recent weeks as a % of passengers booked, so there is less chance of being able to have the first choice of food.

Now, the more cynical among you may not be surprised by these ‘allegations’.  (Are they ‘allegations’ really?  It is a statement of fact that Gate Gourmet remains the food supplier and there is little sense that much has improved in terms of quality.)   However, with all the talk of “£400m investment” (a sum now increased to £600m) you would have expected something to be delivered.  It seems not.

Another cabin crew member I contacted has confirmed the story. That person did feel that there had been a little improvement over what Gate Gourmet was previously providing but that the JFK route food used in all of the PR is far superior.

I also heard an interesting story about why Club Europe catering is being changed again.  I would like further corroboration on this before I write about it, so if you work for BA and know what I am talking about then drop me an email just to reassure me.  ‘Seven’ is the magic word I believe …. 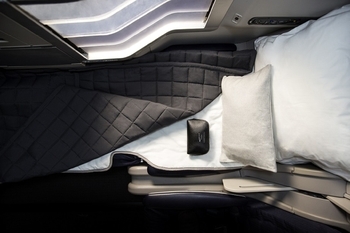 Some good news on the bedding though

The roll-out of the new The White Company bedding is continuing, albeit at a snails pace.