Our exclusive publication of Alex Cruz’s interview on future changes to Avios and British Airways Executive Club was picked up by a lot of other sites. I ran it without comment because I thought it was best to let it stand on its own.

For what it’s worth, this is what I think.  These are more random points than a coherent essay as I am meant to be away this week.  Check our Instagram feed here for photos and video from Lapland.

Revenue-based earning will make negligible difference to most people

If you are concerned that moving Avios to a revenue based EARNING system will hit you hard, you’re probably wrong.  That ship sailed in 2015 when the earning on the cheapest tickets dropped from 100% of miles flown to 25%.  With just 125 Avios earned on a one way cash ticket to Europe for non-status members, you’re unlikely to be much worse off.  It is ALREADY the case that if you are on a route where Flybe competes you may earn more Avios choosing Flybe at 4 Avios per £1 spent ….

That said, revenue-based earning is the wrong model for passenger airlines

The point of ANY loyalty scheme should be to encourage INCREMENTAL business.  It is NOT about over-rewarding those who spend the most and ignoring the rest.  This is especially true in aviation where your top customers are NOT actually your customers, as the tickets are bought by their investment bank employers.

When I was in banking we had a BA deal which meant I had to use them if possible.  You could give me zero Avios or 1 million Avios per flight, it made no difference.  The percentage of travellers on fully flexible Club World tickets who have no control over who they fly with due to corporate deals is very high – so why over-reward these people?

As the owner of my own business now, I have 100% control of who I choose for my travel.  The 2015 Avios changes and the later On Business changes made it clear that there was no real interest, from a loyalty perspective from BA in taking my money.  On Business now needs £30,000 of annual BA spend to reach Tier 2 which is an odd definition of SME.

Lufthansa has just moved to a revenue based scheme for Miles & More.  It is laughably complex.

The headline earnings table is fine – x miles per €1 spent depending on your status. The small print is chaotic.  ONLY directly booked tickets are treated like this.  Book with a travel agent and, because a TA can often add hidden extra charges to tickets, Lufthansa has to reward you using the old system.  Flights on partner airlines will also be under the old system because Lufthansa doesn’t know what you paid.  It is revenue-based except when it isn’t, which will be much of the time.

Some US airlines have brought in an annual spending threshold for status alongside tier points.   I don’t see this working, because BA does not get revenue information for partner airline flights and they are more important in Europe – due to the large number of airlines – than they are in the US.

In any event, there is no sign that BA believes it has too many elite members.

And anyway the opportunities for status arbitrage are many.  If BA put status out of reach due to a spending threshold or other changes, you can simply start crediting BA flights to American, Finnair or any other oneworld airline.  That costs BA real money. 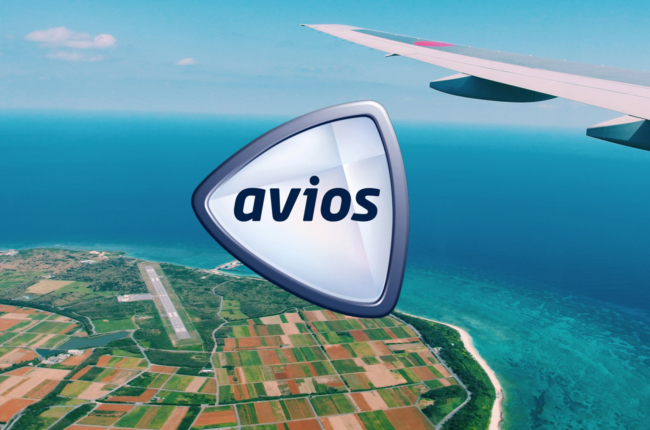 Some element of revenue-based redemption is not a problem

Almost all major frequent flyer schemes offer some form of revenue based redemption.  Etihad is a good example.  When you redeem you see the standard price and an ‘anytime’ price, which is driven by the cash price of a ticket on that day.  I’ve no idea if anyone ever buys them but the option exists.

Since the Virgin Flying Club changes a year ago, you have been able to do ‘proper’ part paying with miles.  You can pay for 100% of the cost of a flight, including taxes, with miles at a rate of 0.6p per mile.  You can use as many or as few miles as you like which makes it far more flexible than ‘part pay with Avios’.  The only difference between this and what Etihad does is that Virgin promotes this via the ‘paying cash’ part of its website rather than on the Flying Club booking site.

…. is my best guess.  The changes will be alongside this.  If there are no standard Avios seats left you will be offered an ‘Anytime’ seat at the current cash price divided by 0.5p.

If people want to ‘waste’ points by getting 0.5p per point that’s fine.  They feel they are getting value or they wouldn’t do it.  The more people who redeem for poor value redemptions, the more likely it is that high end redemptions will also remain.

…. but it doesn’t breed long-term loyalty

Using your Avios to get a few quid off a cash flight has one big problem.  No-one cares.  No-one will be on social media showing off the £3 saving they made on a seat selection fee from using 600 Avios.  Easy access to premium cabin redemptions is the cornerstone of the entire scheme.  Be very clear – having a bad loyalty scheme is worse than having no loyalty scheme, because they are expensive to run.

100% revenue based redemptions make no sense

If you think Avios will go 100% revenue redemption based for BA flights (with no seats released at ‘standard’ prices), you’re wrong.  It makes no sense.  Here are a few reasons:

Partner flights.  BA still has to offer partner flights and they cannot be priced off a revenue model as BA does not have that data.  BA NEEDS you to redeem for its own flights as it is cheaper than paying for partner redemptions.  This is why in 2015 it introduced segment pricing (connecting partner flights became pricier than direct BA flights) and off-peak pricing for BA only.

Nectar.  Need I say more?  Pure revenue based redemptions would take away ‘outsize’ redemption opportunities.  That is why Nectar failed and why Clubcard has been a huge success.  Even current and ex Nectar staff I talk to admit this.  People genuinely would have preferred 50p off an item rather than 100 bonus Nectar points which also got them 50p but in a painfully convoluted way.

Avios partners would walk away.  NO-ONE pays much under 1p per Avios.  Not Amex, not Tesco.  If there was no way of getting more than 0.5p per point of value when redeeming, all of the partners would walk.  Why would Amex pay 1p to Avios so Avios can give me 0.5p off a flight?  Amex could simply give me 1p in cash via a different product and I would be far better off.  Avios only ‘works’ for third parties as long as members believe the points they get are worth more than the 1p the sponsor is paying.

BA still has to provide redemption seats to partners.  This is more important than you think.  If BA wants 500,000 Avios for a £2,500 Club World seat (at 0.5p per point, this is what it would cost) but American will give you the same seat via its reward chart for 90,000 AA miles, it is clear what will happen.  People will credit BA flights to American and then BA has to pay American for those miles.  The worse case scenario for BA is one where there is a mass move to other oneworld frequent flyer schemes – and HFP will be happy to point out the nearest available exits.

There would be a great unwinding of balances which would be hugely expensive.  My wife and I are sitting on around 1.5 million Avios between us.  If redemptions were capped at 0.5p of value per point, there would be no point in keeping any sort of balance.  My next £7,500 of BA spending would be entirely in Avios.   This was also the undoing of Nectar – there is no benefit in running a balance in a scheme if redemption rates are fixed.  People emptied their Nectar account as soon as it hit the minimum £2.50 needed for a Sainsbury’s discount.  If members do not run balances, there is no cashflow benefit to Avios Group and less breakage as fewer points will expire.

Within 12 months, you will be able to redeem (and earn) Flying Club miles on KLM and Air France.  And we haven’t even talked about the new Virgin Atlantic credit cards.  This is not a good time to risk doing anything silly to Avios, especially as Virgin Atlantic is a strong competitor on BA’s lucrative North American routes.

So …. here are a few random thoughts for a Tuesday.  My general view is that you shouldn’t worry and all will be fine.  And if it’s not, another oneworld frequent flyer scheme or Virgin Atlantic will happily fill in the gap.