This is our review of the Aspire Lounge (South) at Birmingham Airport.

Two readers, Phil and Craig, sent us reviews whilst reader Nick sent us some photographs.  As it seemed a shame to waste any contributions, we have run both reviews and added in some of Nick’s pictures as well.  The photos are mixed so some of Craig’s are in with Phil’s text and vice versa.  Thanks to all three of you.

All of our UK airport lounge reviews can be found here.

First up is Phil:

“The new Aspire Lounge itself is located in the satellite terminal at Birmingham, where gates 1-20 can be found. This is, generally, where Flybe and Ryanair flights depart from, so makes for a convenient location to relax or work before a flight. 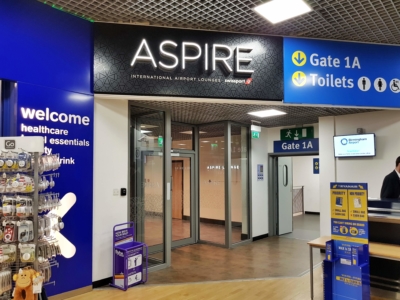 When walking to the lounge you pass by the large Aspire lounge in the main terminal. Keep walking and the Aspire South lounge will be right in front of you.

As the lounge is supposed to open at 4:30am, finding the doors to the Aspire South lounge locked at 7am was a bit of a surprise.  It turns out that Aspire was short on staff that day and it was half an hour before someone arrived from the main lounge to open up. 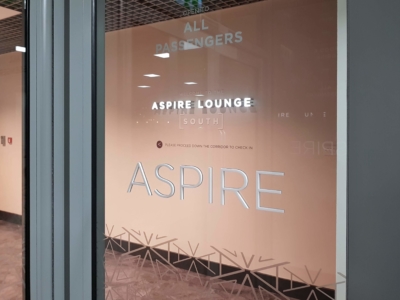 Once the doors were opened, the lounge itself was surprisingly spacious. Expectations were of a compact lounge with minimal facilities, but Aspire has made good use of the space. There were two seating areas, split by the buffet section.

Both are broadly similar, with table seating in the middle, smaller cosy chairs around the edges, and a bar-style area around the perimeter. 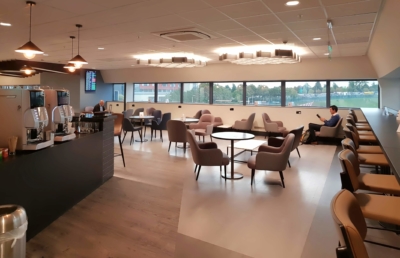 Pleasingly, any place near a wall had a power and USB socket available, and often more than one. 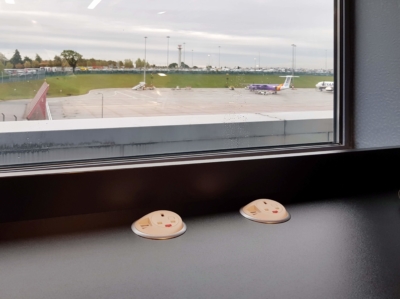 The side nearest reception offers views across the airport apron, while the far side has a more restricted view. Neither is a great place for plane watching, but there’s plenty of light through the windows.

Artificial light augments that, but it’s warm rather than stark. Still, it’s probably not a place to try and take a quick snooze. 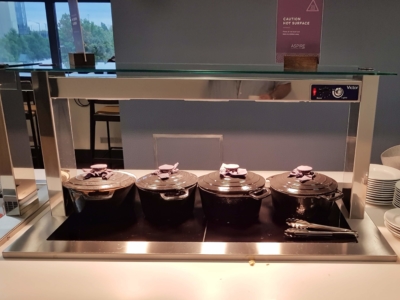 It was all just about acceptable, although the cheap, vinegary condiments provided were low quality. Tough croissants and a selection of fruit, yoghurts and cereals were available too.

Coffee was self-serve from one of two machines, one of which was out of order.

Soft drinks could be poured from a fountain, with a fully-stocked bar offering other alcoholic drinks to order. Prosecco was available at an additional £4.99 a glass, or £12.99 for the bottle.

As with many other lounges of this nature, there were no washrooms available. These were instead located almost immediately outside, but down a flight of stairs.

There were no newspapers to read either, although this may have something to do with the rather late opening. There was an uninspiring selection of magazines, including the Royal Liverpool Golf Club magazine, Stylist, and Business & Professional.

Also notable by their absence were staff – there appeared to be just one member of staff covering everything, which may go some way to explain why opening was delayed. However, no explanation or apology was offered.

Despite the shortcomings, the lounge is actually a pleasant place to stay, and outshines the larger Aspire lounge in the main terminal. The impressive amount of desk space available, all with charging points, will appeal to those travelling on business, while the spacious central areas and comfortable seating will be enough for leisure travellers and families.”

Thanks Phil.  And this is what Craig had to say:

“The new lounge is only 100m from the existing facility and other than being sparkly and new is pretty similar. I gained entry with my HSBC World Elite card via LoungeKey.

First impressions: the “ring the bell to get in” sign implies it is not busy and, as I was only the second person in the 80+ capacity area, it certainly is not.  Entry is quick and the staff member told me that it does get a lot busier towards lunch time.  There are many windows which – whilst it was dark when I visited – will make the space pleasant and give views over the Ryanair side of the terminal. 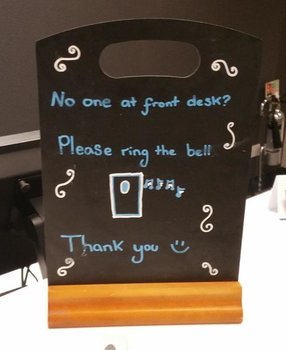 It is a single rectangular space with a variety of seating but no privacy. And it is QUIET.  The sort of quiet where my fellow traveller scraping his spoon on his bowl is deafening. When the cooler motor turns off the silence really kicks in and it is like sitting in an exam hall, not a good feeling. 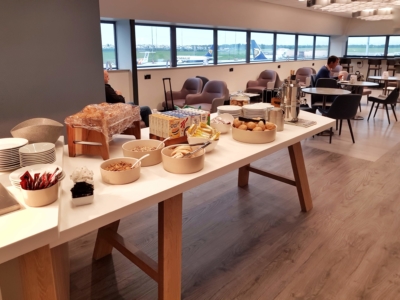 Food is just OK.  I much prefer Aspire to the No.1 menu system which allows one menu item per visit. In Aspire if you want to be greedy (like me) you can have bacon and eggs AND a bacon roll!  The drink selection is pretty standard though they have installed a serviced bar for alcohol unlike the “help yourself” fridge in the other lounge.

Two ‘bean to cup’ coffee machines and a chilled soft drinks tap complete the line up.  There are plenty of plug sockets including USB charging.

At 6am it was hard to see why a second Aspire lounge is needed especially given you have to walk past the existing Aspire to get to this one. The existing lounge is small, however, so maybe there are capacity issues later in the day.  Overall, it was a pleasant place to enjoy a bacon roll and coffee but, oddly, the silence from the lack of other guests would put me off if travelling with someone else as any conversation carries across the whole space.”

Thanks Craig.You can access the new (and indeed the old) Aspire lounges at Birmingham Airport for free with a Priority Pass (which comes free with American Express Platinum, or you can buy one separately).

It is also part of Lounge Club, and you get two Lounge Club passes for free with the free American Express Preferred Reward Gold credit card – plus 20,000 Avios if you convert your sign-up bonus!

World Elite Mastercard holders – which mainly means HSBC Premier customers – can also get in via their LoungeKey cards.  Alternatively, you can pre-book for cash via the Aspire website.