Yes, London City Airport DOES have a lounge – in fact, two lounges – but not many people are aware of it as they are not in the main terminal.  Instead they are located in the Private Jet Centre and the First Class Lounge comes with true VIP treatment, as you will see.

However …. when it launched, BA passengers were not allowed to use the lounge.  Now they are.  If you are flying British Airways from London City Airport – except for the New York flight – you ARE now allowed to use the First Class Lounge in the Private Jet Centre and be driven to your aircraft.

Even better, a handful of people can now use it FOR FREE.

You usually have to pay £95 for the privilege, although arguably – for anyone who values their time and especially anyone who charges hourly rates and can squeeze in some extra billable hours this way – it can be a good deal even if you pay.

I will run through the benefits of the First Class Lounge in a minute.  First, let’s look at the offer.

Take a look at this page of the London City Airport website.

We know that a lot of Head for Points will jump at the chance of giving this a go, even if a trip to Rome hadn’t been on their bucket list at the moment.

There is no catch.

You need to book your flight via the London City Airport flight booking portal.  As part of your booking, you add passes to lounge for £95 each.  At check-out, you add the promo code ROME50 and the cost of the lounge is deducted.

If all 50 passes have gone, the promo code will be rejected and you don’t need to go through with your flight booking.

What will I get with the First Class Lounge?

This is what I found when I reviewed the First Class Lounge in November 2016.  I am assuming that nothing has changed since then, but be aware that the pictures below are out of date.  The pictures are also a bit fuzzy as they are on an old iPhone!

London City arranged a free visit for me in conjunction with a CityJet flight review we were doing at the time.

My trip didn’t start too glamorously with a trip on the Jubilee Line and the DLR.  However as soon as I got out of the DLR station at City Airport the First Class Lounge service began.

I was greeted with a name sign and escorted to a car. If you are flying with BA and have luggage to check in, you must do this when meeting your First Class Lounge host who will take you to the front of the bag drop queue in the terminal. 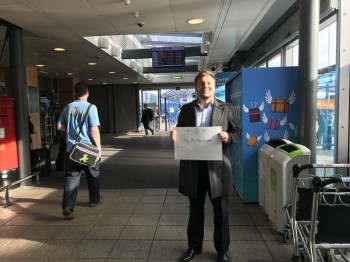 The car was a mini van – so travelling with family or in a group is possible. 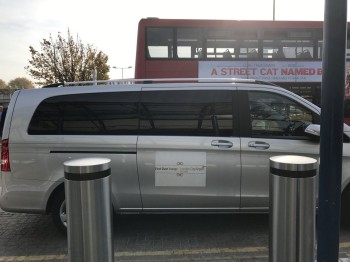 It took only a few minutes from City Airport main terminal to the Private Jet Centre. 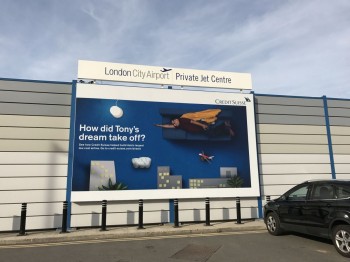 This was the reception area: 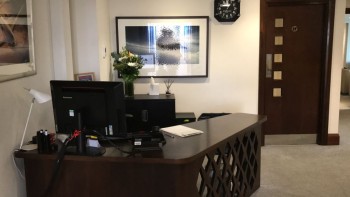 The First Class Lounge was very bright and classy. It was very quiet when I was there, as in I was the only guest, which was great as I was able to take photos without disturbing people’s privacy (it actually says in the T&Cs that taking pictures is not allowed).

Again, remember that these pictures are from November 2016 so there could have been changes. 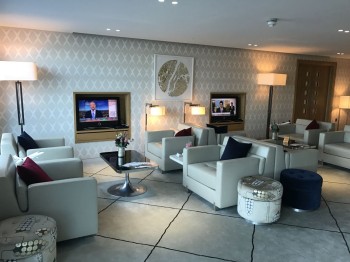 There was a table with snacks and newspapers. 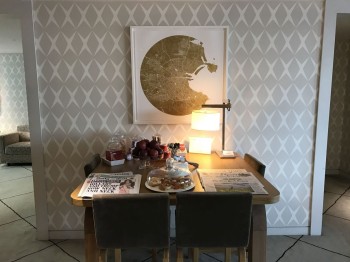 At the far back was a shelf wall with magazines. 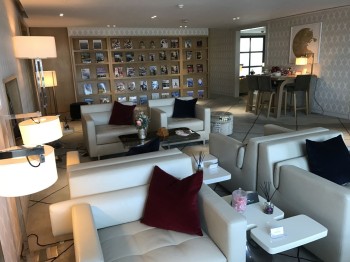 The bar had a good selection of alcoholic and non-alcoholic drinks, as well as a Nespresso machine. 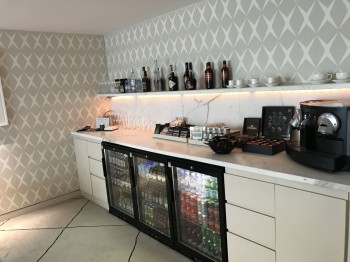 In the bar area were another four armchairs.

There was breakfast in the morning and sandwiches during the day. The First Class Lounge doesn’t serve hot food as customers have been happy with what’s been provided, but we were told by the Jet Centre’s manager that there have been guests requesting hot food which was then sourced at additional cost. 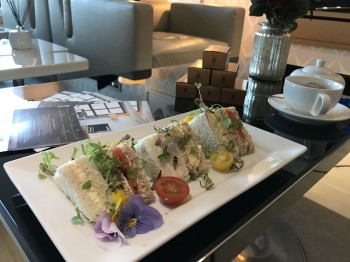 Now to the coolest part – your own security lane! For security reasons I wasn’t allowed to take a picture of this area but it’s like the security lanes at any airport – just smaller. There is only one body scanner and one luggage scanner and the whole process took literally 2 minutes. 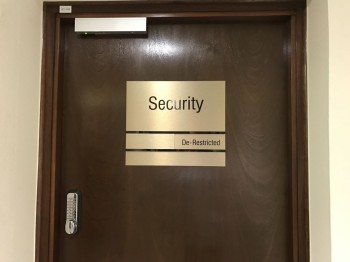 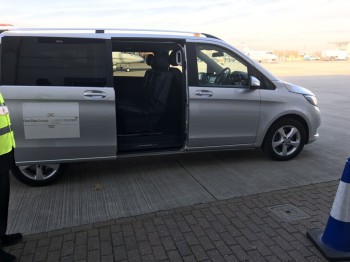 The best and last part of the First Class Lounge service is to be driven all the way to the plane and being the first to board – that is if you are flying in business.  Rob has done this a few times in Frankfurt when flying First Class with Lufthansa but it was a new experience for me.  I was flying CityJet that day as British Airways did not allow its passengers to use the service back in 2016. If you are on an economy ticket you will need to wait until after the top tier customers have boarded. 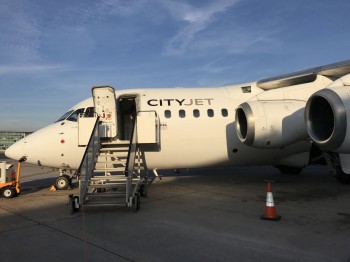 To give an even better idea of what the First Class Lounge is about, I made a short video.  If you want to subscribe to our YouTube channel and be notified about future videos, click here to visit our YouTube channel page.   You can also watch the video via that page if it does not appear below.

If you’re not planning a trip to Rome, you can book the London City First Class Lounge for £95 per person via the airport website.

In 2017 London City added a Business Lounge right next to the First Class Lounge.  This is more affordable at around £35.  The key difference is that you must go back to the main terminal for security and boarding – there is no car service to your plane and no private security channel.

My review of the Business Lounge is here.

This is the sort of offer which we know will appeal to a lot of Head for Points readers.  It has been running for a couple of weeks already but is still available (one reader booked it on Monday) although I wouldn’t hang around now that we have publicised it.  You also get a short break in Rome, which can’t be bad!

You can book the Rome offer via the London City Airport website here.