American Express has just announced that it is opening a new Centurion lounge at Heathrow Terminal 3 in 2019. This will be their first European location and the second non-US lounge, after Hong Kong.

Amex launched their Centurion lounge network in 2014 but there are still only a handful around. Currently they are operating at: 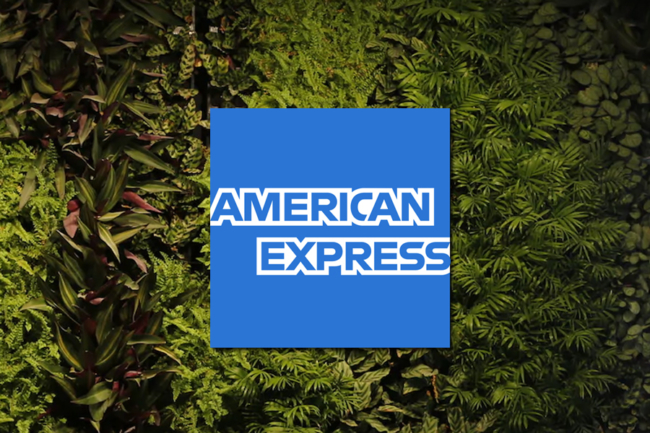 Note that, confusingly, these lounges are not related to the ‘Centurion Lounges’ that Amex runs in Latin and South America and which are not of the same standard.

The new breed of Centurion Lounges are a premium offering compared to American Express’ current Global Lounge Collection.  They are only open to Platinum and Centurion cardholders.  You may take two guests at no extra charge or, if you are a Centurion member, your full immediate family.

As is usual for Centurion Lounges, it will come with the usual

as well as the more ambiguous

…. whatever that means. Amex sent us some photos of green walls from their current Centurion lounges, so we assume it will be a big feature: 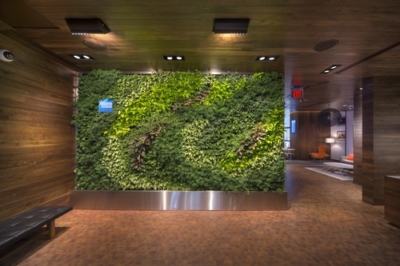 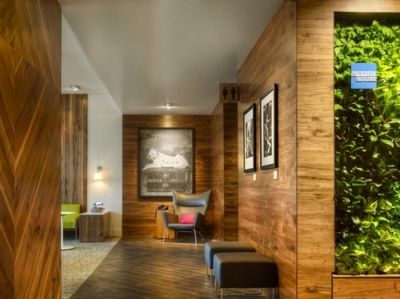 ….. as well as a rendering of the entrance, which looks quite cold and sterile compared to the warmth of the green walls. With the tiling and blue doors it looks like a cross between a tube station and the TARDIS: 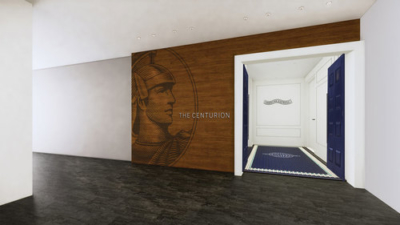 The Centurion lounges opened to date have an excellent reputation, especially by US standards where lounges tend to be less premium than their counterparts in Europe and Asia.  The biggest problem is overcrowding caused by their popularity.

However, Heathrow Terminal 3 is already inundated with excellent lounge options including the Virgin Clubhouse, Cathay Pacific, Qantas and Emirates lounges, plus the more tired British Airways and American Airlines facilities.  There are also two excellent Priority Pass options – Club Aspire (reviewed here) and No 1 Lounges (reviewed here). Adding another, albeit excellent, option will not have quite the same impact as it might at another terminal where premium passengers are less catered for.

The lounge is to span approximately 7000 square feet, which is equal to one floor of the current Qantas two floor lounge or the Club Aspire lounge, and bigger than the 5000 square foot Plaza Premium lounge at Terminal 5.

It may be a relief for those flying Virgin Atlantic and Delta. When Delta moved its operations from Terminal 4 to Terminal 3 after its joint venture with Virgin launched, its Clubhouse lounge had to cater for a greatly increased number of departures.

The new Centurion Lounge may relieve some of the capacity issues and appeal to American Express Platinum cardholders looking for an alternative.  It may also free up some capacity in the Club Aspire and No 1 Lounges sites as Priority Pass holders who receive it via Amex Platinum move across.

Added to the two new sites opening in Gatwick South in the next few weeks, it looks like we are in for another promising period for new London lounges.

Paying HMRC? Clubcard Pay+ is now open to all and earns points on tax