This is our review of the lounge used by British Airways (the IGA lounge) at the new Istanbul Airport.

Istanbul’s brand new airport opened earlier this month.  We very rarely run reviews of non-UK airport lounges, but as the launch of the new Istanbul Airport has been very high profile we thought this was worth covering.

Reader Paul flew back to London with British Airways just 10 days after the new Istanbul airport opened and was so kind to send us pictures of the airport as well as a review of the IGA lounge.  The IGA lounge is the facility used by most airlines except Turkish Airlines and its Star Alliance partners. 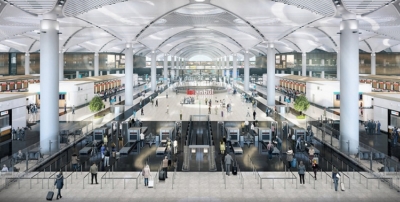 “The check-in area at the new Istanbul airport is vast and runs from Area A to S.  Areas A-C and M-S are for non Turkish Airlines flights.

BA’s check-in desks were in Area C which is close to Door 1 on the right hand side of the terminal. The check in area layout is similar to that in Hong Kong which I like. One major difference, however, is that Istanbul has a security check of all bags at the entrance of the terminal.  Aim to enter by Door 1 if you are being dropped off outside.

For anyone flying on Turkish Airlines, it has a dedicated business class and Miles & Smiles check in at areas K and L.  This has its own dedicated Fast Track immigration and security and is best accessed via Door 5.

British Airways doesn’t seem to offer Fast Track for its customers at Istanbul Airport yet.  I am a Gold Member and was booked in Club Europe but Fast Track wasn’t mentioned at check-in and I couldn’t see any special lane.  There were, however, some signs suggesting the airport might have something planned.

My flight was at 5.35pm and luckily at 4pm the area was calm with very short queues.  There were a large number of immigration desks but few were open, although it was enough given the passenger volume.  Once processed, security was swift and hassle free. 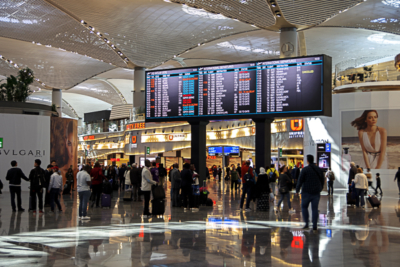 Once past security the sheer scale of the building becomes even more evident. Public spaces were huge and it felt like stepping into a giant shopping mall filled with the usual high end boutiques.  There is also a surprising number of local specialist stores which made it feel less “corporate high life” and more human. I really liked it.

Click on any of the pictures in this article to enlarge. 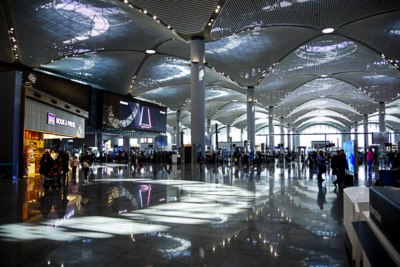 The IGA lounge is located at the opposite end of the terminal to the BA check in and quite a walk from security, although it was well signposted.  Above the stores to the right I could see parts of the huge Turkish Airlines lounge complex. It was very open, similar to the balconies at Galleries North and the British Airways Concorde Room at London Heathrow. 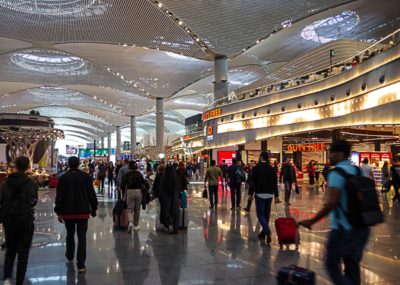 Inside the IGA lounge at the new Istanbul airport 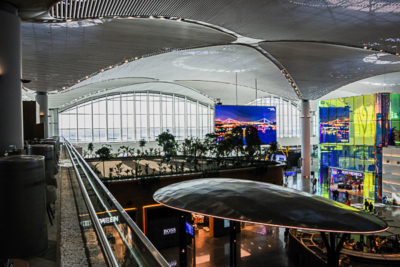 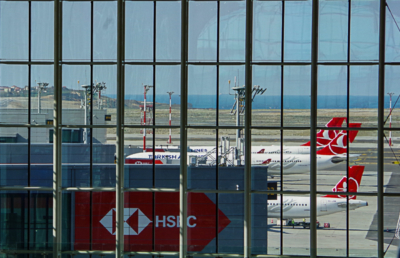 There was a reception desk to the right which was fully staffed with four IGA team members.

Despite the number of staff there was still a queue as they tried to patiently weed out those not entitled to access and those trying to gain access via Priority Pass.

Priority Pass is not currently accepted although the staff were saying it might be in the future.  The lounge is being used by all oneworld airlines as well as non Star Alliance carriers.  You can also pay for access but the walk in rate is an eye watering €59!

Once my Boarding Pass had been approved I had to walk through electronic gates with very trendy glass and LED barriers, similar to the ones you can find in a number of London office buildings [including ours! Rob]. 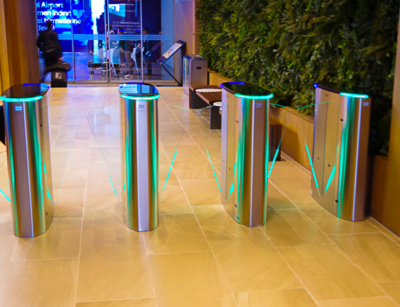 Right behind the gates was a bag storage area with lockable units, but several had ‘out of order’ signs on them.  This was impressive, given the airport had only been fully open for a week or so …. 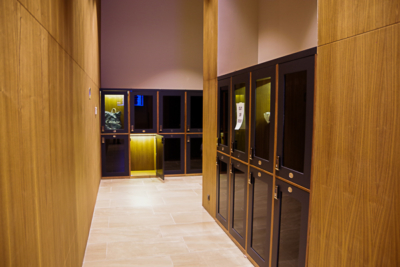 A well lit corridor led to the rest of the lounge.  As I walked down I could see seating to my left and directly ahead was a snooker table and a staffed bar.

To the right was a wall which ended in the main food area with large selection of food and drinks.  There were fridges for soft drinks and beers. 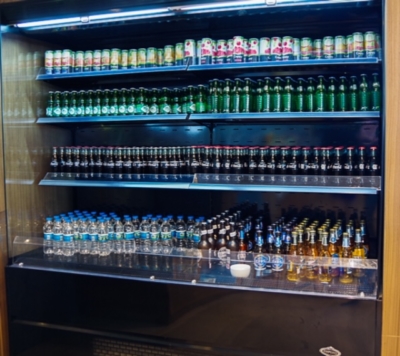 The food choice was extensive and was replenished regularly. It included main course options as well as cakes, deserts snack and a wide range of fruit. 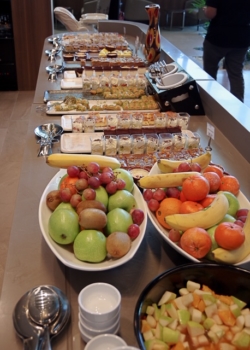 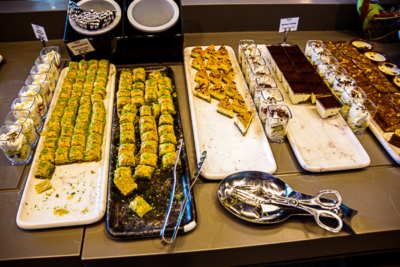 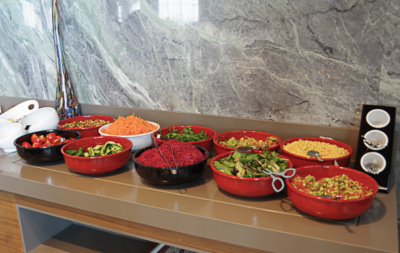 The food was superb and there were plenty of staff around but oddly glasses for the drinks in the cabinet were only available from the bar. 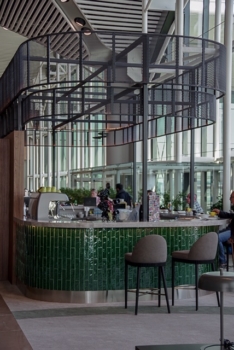 There were various seating arrangements with tables and chairs in restaurant style as well as more relaxed set ups. 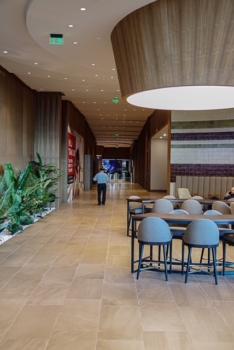 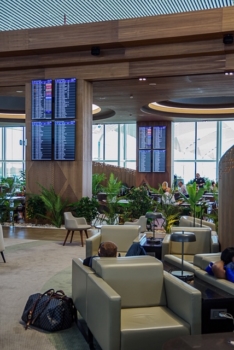 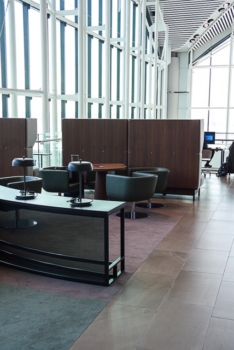 There was further seating all around.  Some offered panoramic balcony views of the terminal whilst other areas provided views of the runway. Near the bar and snooker table was extensive seating with great views of the taxiways. 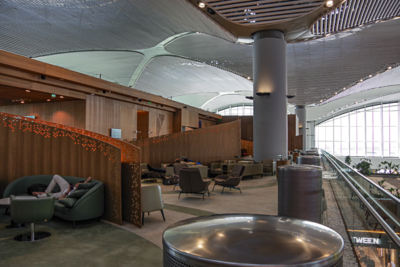 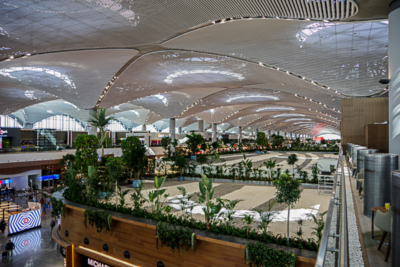 Just after the bar to the right were two small board rooms for meetings which featured large screens. 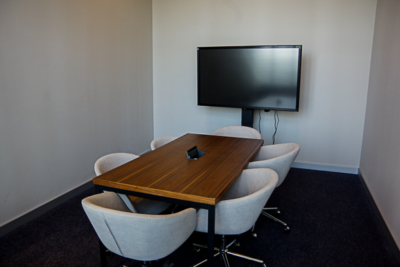 There was also an open plan TV lounge with multiple large screens showing a wide range of programmes. 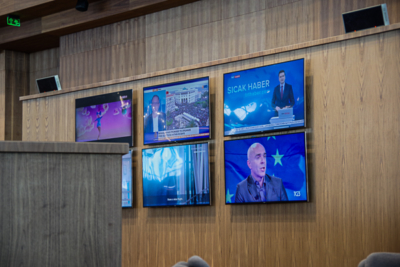 The toilets were located in the middle of the lounge but had a number of out of order signs. They were very nice and reflected the top end hotel feel of the whole lounge but I did not see any showers. 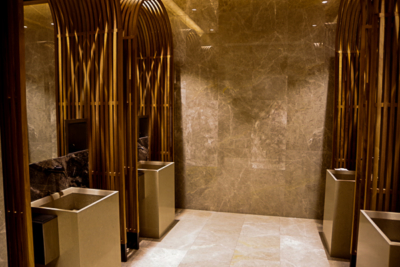 The IGA Lounge at Istanbul Airport is a huge lounge, much bigger than British Airways Galleries First at Heathrow Terminal 5.  Given the number of airlines who will use it, it might get very busy at peak times but there should be enough seating for all.

I spent a very relaxed 45 minutes in the lounge.  It’s ideal if you have BA status but are about to endure a British Airways economy service back to London Heathrow as it will allow you to avoid the M&S food on board.  Luckily I was in Club Europe, but having just flown into Istanbul from Cairo on a Airbus A321neo on Turkish Airlines (large business class seats, pre take-off drinks, extensive IFE, free wifi, superb catering and crew) the new IGA lounge remained the best part of my trip home.