As we broke on Twitter yesterday morning, BALPA – the main British Airways pilots union – has submitted formal notice to British Airways that it intends to hold a strike ballot.

What are the British Airways strike dates going to be?

We don’t know.  However, under UK law, an employer must be given seven days notice of the intention to hold such a ballot.

The Independent is quoting a timetable of:

deadline for receipt of ballot papers of 22nd July

It’s not just the pilots, of course, although with no pilots the rest of the staff might as well stay at home anyway.

Unite and GMB, which represent most other employees at the airline, are running a few days behind BALPA but are also about to submit a similar formal notice to BA.  The three unions have been conducting a joint pay negotiation. 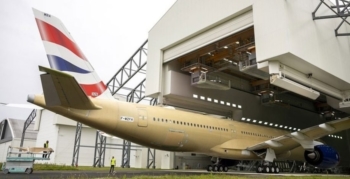 What is the current BA pay offer?

The current offer is 11.5% over three years, consisting of:

However, whilst this sounds ok, it does not reflect the reality of how crew are paid.  A relatively low base salary is topped up by a substantial number of additional payments to reflect, for example, nights away from home.  These allowances would not change and therefore the effect on total take home pay is far lower than the numbers quoted.

British Airways is also proposing a new bonus scheme.  The current one is complex with many factors – such as passenger NPS (basically ‘how happy are you to recommend BA to friends?’) – driven more by management initiatives than staff.

A statement from the Unite union to staff yesterday said:

Despite record profits, British Airways remain unwilling to share such success with those who helped create it.

The mindset of the so called “fight for survival” has become a permanent fixture. Cost cutting measures introduced with undue haste are never rescinded or returned to those who made them – even when they are no longer necessary or when record breaking profits are announced.

It would seem that staff only exist in management thinking when blame must be apportioned, when times are bad, or a when collective belt tightening is required. It is easy to recount the seemingly endless list of cost cutting initiatives in every area. Different names but the same outcome, “cost” i.e. your pay or terms and conditions were reduced for the greater good of the airline.

During the bad times, ordinary staff have shouldered more than their fair share of the airline’s cost cutting initiatives and ever reducing terms and conditions, without either acknowledgement or reward. It is therefore entirely reasonable that they are now able to share in BA’s success.

However, this has simply not been the case. Management do share in this success through a series of profit-based initiatives which can add up to millions of pounds, but staff do not – and it is for this principle, that BALPA, the pilots’ union, has issued formal notice to BA of their intention to hold a strike ballot for their members.

Unite and GMB will be balloting their respective members in the near future. 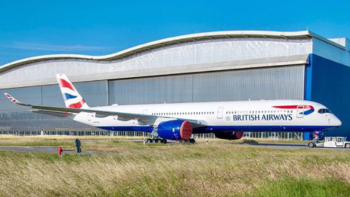 What impact would a strike have?

It depends.  On days when BALPA strikes, it is effectively game over.

On days when Unite and GMB strike, it may be possible to keep a fair number of services on track.

On long-haul, British Airways currently has excess Mixed Fleet staff.  Strong recent hiring, the grounding of some Boeing 787 aircraft due to engine issues and the wet leasing of the Air Belgium aircraft (which have their own crew) means that there are cabin crew to spare.

On short-haul it is a different matter.  BA is apparently short on both crew and pilots, with many being rostered to their legal limits.

Qatar Airways has provided cover to British Airways in the past, providing fully crewed aircraft (Qatar has spare capacity at the moment due to the UAE blockade).  I am not sure if the CAA would allow this to happen again.  British Airways has also roped in managerial staff before to cover, although hopefully not for pilot roles …..