In recent weeks we have extensively covered British Airways’ proposal to make 12,000 staff redundant as well as move all remaining cabin crew to a single, lower paying contract.  We have also written about BA’s plans to make 239 engineers at its Cardiff maintenance base redundant.

Similar proposals for mass redundancies, changes to working practices and pay cuts for those who remain have been submitted for all other areas of the company including head office staff.

None of these proposals are yet final.  In line with legal requirements, each is subject to a 45 day consultation period with the relevant unions.

There had been rumours that almost all of the unions have refused to engage with these consultations.  A letter from British Airways CEO Alex Cruz leaked to the Financial Times on Monday confirms this. 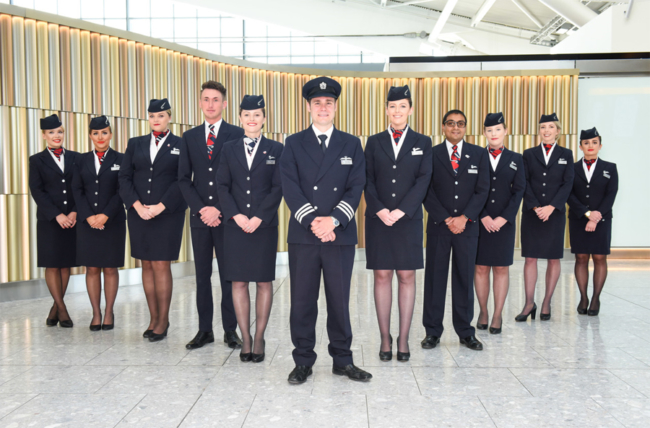 In the letter, Cruz acknowledges that productive conversations have occurred with BALPA, the British Airline Pilots Association, but that GMB and Unite have so far failed to attend any meetings:

“Consultation is so important, and productive conversations are already being held with BALPA.  I am sorry that neither Unite nor GMB have attended any of the daily meetings they are invited to so that they can provide ideas and input into any of the other proposed changes, and maximise the number of jobs saved.”

In the same letter Cruz acknowledges that the UK’s 14 day quarantine will delay any pick-up in activity, stating that it “deals another blow to our chances of starting the recovery phase”.

Unite has said it will launch a public campaign against British Airways management.  Instead of joining the consultation, it is relying on the argument that ‘meaningful consultations’ cannot occur when a large portion of the workforce is furloughed and legally unable to work.  A furloughed employee loses their right to furlough pay if they do so much as send or reply to email via their work address.

“If this is really all about the Covid-19 crisis, why have you refused to suggest or accept any temporary measures with joint reviews, so that terms and conditions would be returned as revenue climbs?  In truth, you have imposed this without any intention of negotiating.”

Unite and GMB are taking a gamble, especially as they do not appear to be seeking a legal ruling on whether consultation can take place whilst employees are furloughed.  We are now halfway through the 45 day consultation period and yet no discussions have taken place.

It appears that British Airways, by attempting to open a consultation period, has met its legal obligations.  It will be able to dismiss its entire workforce on 15th June if it wishes, offering new contracts to those it wishes to invite back.  There is a risk that Unite and GMB will fail to achieve the best possible result for their members (which, of course, will not be great but potentially better than the current offer) by focusing instead on a public campaign against the airline.

British Airways is, of course, far from the only airline to announce permanent lay-offs, although it is the only one looking to cut the pay and conditions of all staff.  Virgin Atlantic is seeking over 3,000 redundancies, or a third of its workforce, whilst Lufthansa sees at least 10,000 excess jobs over the next few years. Finnair has announced it may cut up to 1,200 jobs whilst SAS has announced it will be cutting 40% of its workforce.