It was at the British Airways Christmas media party last year that Alex Cruz announced that the new Boeing 787-10 aircraft would debut on the Atlanta route.  The first British Airways 787-10 was due to arrive in January.

As well as being a new aircraft type – albeit a variant of the existing British Airways Boeing 787-8 and Boeing 787-9 fleet – the Boeing 787-10 fleet is notable for being delivered with the new Club Suite business class seat.  It also has a First Class cabin which will have to compete with the more private Club Suite product.

Since January, delivery of the first aircraft has been pushed back several times, first to March and then April.  We gave up writing about it after that. 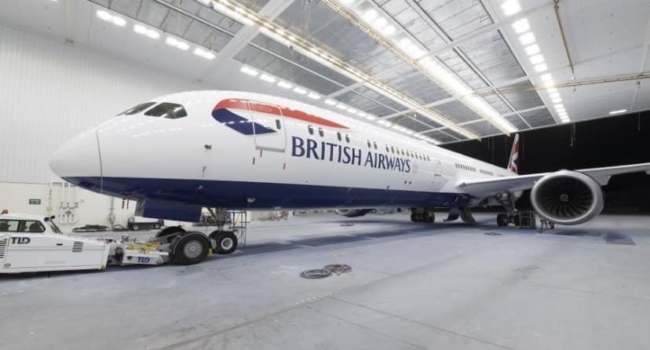 It is now June and British Airways still hasn’t taken delivery.  Looking at comments on FlyerTalk, delivery has been due for several weeks now.  There are even rumours that BA’s second and third aircraft might arrive before the first.

Arrival of the aircraft, registration G-ZBLA, is now pencilled in at Heathrow for today, Thursday 18th June.  It wouldn’t be at all surprising if this was delayed even further, though.

Why is the first British Airways 787-10 delayed?

Whilst the coronavirus pandemic has been responsible for a fair share of disruption, it doesn’t appear to be the primary reason why British Airways is still waiting for G-ZBLA.

The aircraft was already due in January, three months before Boeing shut down the Charleston site where the 787-10 is manufactured.  Final assembly will have been completed well in advance of this shut down.  In fact, some Boeing 787-10s that were behind G-ZBLA in the assembly line have already been delivered to other customers.

The reason why BA’s 787-10 is delayed is likely to be a dispute over the quality of the aircraft.

Before any airline takes over an aircraft from the manufacturer it undertakes what is called a ‘customer acceptance flight’. This involves the airline staff taking the aircraft for a test flight at the manufacturing site to make sure everything is working as it should and that the quality is as expected. This article from the Airbus website explains a little more about the process, which takes 4-5 days in total.

If the airline is unhappy then the issues are rectified and the process repeated. The aircraft has already been flight-tested for safety before the customer acceptance flight, so it typically involves an airline making sure that everything about the aircraft, including interiors and engines, is as specified in the original contract.  Qatar Airways is infamous for rejecting aircraft at this stage in the process if the internal finish is not up to their exacting standards.

In this case, it looks like British Airways had not been satisfied with the work on G-ZBLA.  Frequent flights by the aircraft suggest that it has undergone numerous customer acceptance flights in recent weeks, with the latest being on 12th June.

BA’s dissatisfaction with its first 787-10 is not completely unexpected. Last year, The New York Times published an investigative piece that suggested that the Charleston plant where the 787-10 is made was experiencing production problems including poor workmanship and, in some cases, safety concerns.

The blame is partly placed on the fact that Boeing was driven by tax incentives to move to Charleston despite the lack of suitably qualified employees in the area.  It also claimed that Qatar Airways will no longer allow its Boeing 787 aircraft to be assembled in Charleston.

When G-ZBLA does finally get delivered it will feature the new Club Suite business class seat.

It follows the recent trend of minimising the World Traveller cabin to allow British Airways to focus on premium passengers.  The airline is happy to lose the most price sensitive economy customers.

Whilst the Boeing 787-10 was originally due to fly to Atlanta, the disruption caused by the coronavirus and the limited routes British Airways is flying in the next few months may see it appearing elsewhere in the network.

There is obviously no media event to witness the arrival of the aircraft, but if it does arrive – and if British Airways releases some images – we will run them over the next few days.