In a big boost for Hilton in the Middle East, Conrad is taking over the Jumeirah Etihad Towers hotel in Abu Dhabi on 1st October.

The new name will be Conrad Abu Dhabi Etihad Towers.  The website is here. 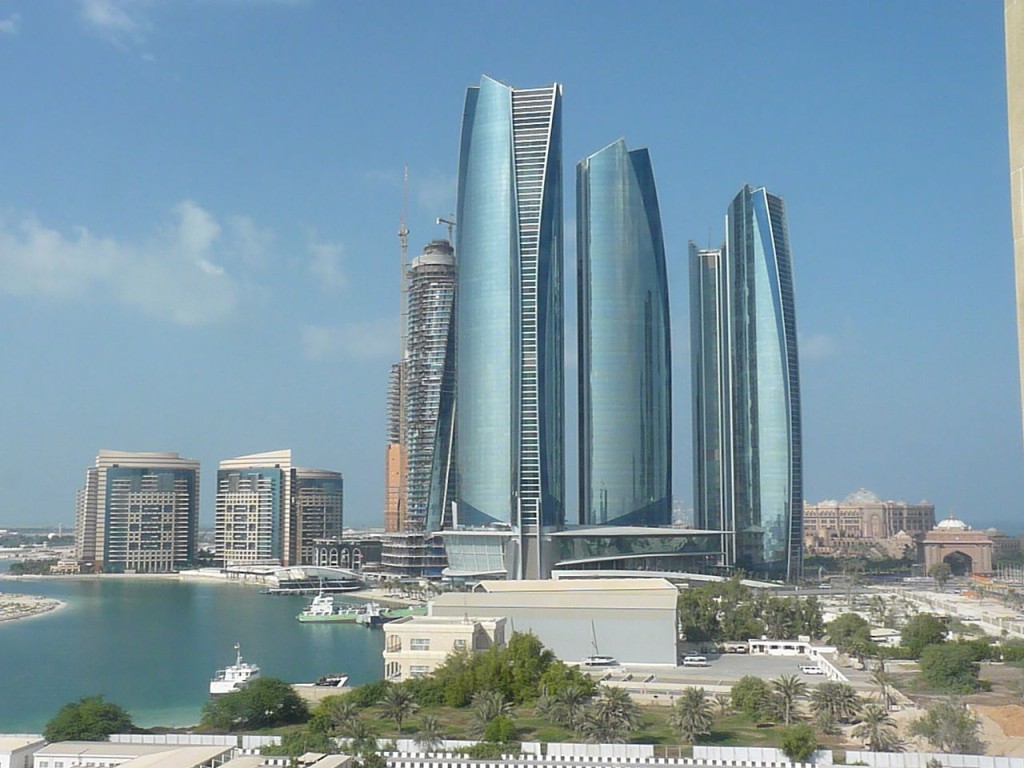 There have been rumours circulating for some time that the Dubai-based Jumeirah hotel group was about to lose some of its top properties.  Frankfurt was one of the names in the frame, as was Etihad Towers.

It is still surprising to see it happen, however.  Etihad Towers is the top business hotel in Abu Dhabi.  Strategically, as it already had the very well regarded Jumeirah Emirates Towers hotel in Dubai, I would have expected Jumeirah to cling on even if it was losing money.

Hilton, however, has been to secure a new hotel in Abu Dhabi after losing the Hilton Capital Grand Abu Dhabi last year.  At present it has no hotels in the Emirate.

As you can see from the photo above, Etihad Towers is a mixed use office, condominium and hotel scheme.  It includes a luxury shopping mall, should you feel the need to visit Hermes, Tom Ford or even Waitrose during your stay.  It looks a lot more ‘human’ at beach level (yes, it has a modest beach) as you can see below:

I stayed at Etihad Towers back in 2015.  The lobby is h-u-g-e, quadruple height and glass walled as you can see above.

The hotel is mouth shaped which means that the rooms are of varying sizes.  The nearer you are to the middle, the bigger your space.  I was given a room right in the middle which meant lots of space: 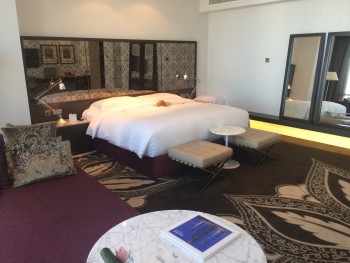 The room was well appointed, including a free coffee machine.  Wi-Fi was free for all guests.  There was a ludicrous amount of wardrobe space and a full set of bathroom freebies including toothbrush, razor etc.

I spent the one day I was in the hotel down by the beach and pool.  You wouldn’t want to spend a week there on holiday, especially with kids, but for a stopover it did the job. 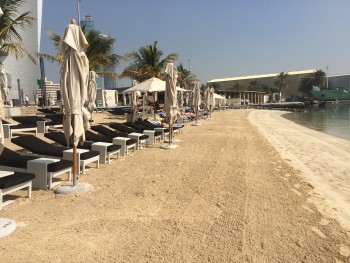 Staff were excellent.  Whether it was setting up your chair, bringing you drinks, bringing lunch or even offering free lollypops, they were on hand.  This is one of the three pools, with a swim-up bar at the back. 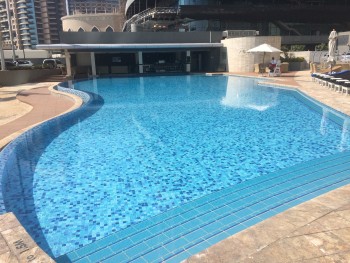 How much is Conrad Etihad Towers as a Hilton Honors redemption?

It isn’t clear.  Prices in Abu Dhabi are very depressed, since it is effectively closed to business travellers, so I can’t find a date where the price is so high that it triggers the maximum points charge.

For Hilton Honors members, this represents a fantastic new option in the Middle East.

Thanks to Alan for this.