One year on, the Platinum card is in a strange position. Many, many, many people have made it clear via Head for Points, Flyertalk and other forums that they have chopped up their cards, with Amex generally making no attempt to keep them.

At the same time, due to hugely generous sign-up offers – such as the current 30,000 Avios sign-up bonus – the Platinum card has never been more popular. How many of these new members keep the card after triggering the sign-up bonus is debatable, of course, especially as Amex refunds your annual fee pro-rata when you cancel. 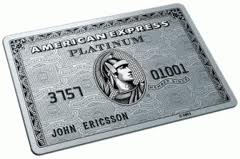 Let’s remind ourselves what changed a year ago:

The travel insurance, which used to be fully comprehensive in almost every respect, was been downgraded sharply. Travellers over 70 are no longer covered, which is a blow for people who used to give their parents supplementary cards for the free cover.

Many of the insurance benefits now require you to have paid for your flights and hotel with a qualifying American Express card (a ‘qualifying card’ is basically an Amex-issued Amex), unless the establishment does not accept Amex. This was especially annoying for people who have a ‘no FX fees’ credit card, since using an Amex effectively adds 2.99% to the cost of their travel.

Since July 2012, there have been two other dilutions of the Platinum card:

Hilton HHonors Gold was removed as a benefit, although this was only allowed as a one-year one-off in any event

Some new benefits were brought in, of course.

The main one, which was actually introduced quietly late in 2011, was one year of free Cathay Pacific Marco Polo Gold membership. This is very, very useful if you do not have British Airways status, since Cathay Pacific is a oneworld alliance member like BA.

Cathay Gold is equivalent to BA Silver, and gets you many of the same benefits when flying BA – most importantly, access to British Airways lounges for you and a guest whatever your class of travel. You also get free seating on BA, use of business class check-in and priority waitlisting. Just about the only benefit of BA Silver that you don’t get with a Cathay Gold is access to fast-track security lanes at Heathrow Terminal 5 and the extra baggage allowance.

This is not a permanent benefit, however. To date, most (not all) have had their Cathay Gold card renewed but you should not expect this to continue. The recent edition of Departures Magazine (the Amex Platinum magazine) said that the card would continue to be offered to new Amex Platinum cardholders until 31st March 2014.

The other improvement were:

Le Club Accorhotels membership was introduced, at Platinum level. However, this status is easily obtainable via regular promotions run by Accor, with no Amex Platinum card needed.

There have also been a number of other interesting benefits over the last year, including:

A £70 voucher for fashion retailer Matches (no minimum spend required) from which I got an Orlebar Brown t-shirt!

A free wine tasting at Berry Bros in Mayfair

A free ‘champagne and canapes’ party at MontBlanc on Bond Street, scheduled for November 2013

Did I keep my Amex Platinum card?

Yes, I did. However, my position is not the same as most. As a long-term Platinum, I get my British Airways Premium Plus American Express card for free, saving me £150 per year.

The net cost for me of the Platinum card is therefore only £300. I have also been quite impressed with the treatment of the two insurance claims I have submitted – see here for the story behind the last one I put in.

The real deal breaker for me, ironically, would be if MBNA was successful in its bid to take over the British Airways credit card contract! Without the £150 of ‘free’ BA Amex, I’m not sure that I could justify my Amex Plat anymore. My Mum also turned 70 this year, so she is no longer covered by the Amex travel insurance on her supplementary card on my account.

If you want to learn more about the American Express Platinum Card and the 30,000 Avios / 30,000 Membership Rewards points sign-up bonus, my full Amex Platinum review is here.  The official Amex website page is here.