Every year, British Airways parent company, IAG, holds an investor day for the financial community to update it on what is happening.

The slides from this are always made available to the public, and you can access them here (look under the IAG tab).  It is less painful than sitting through the entire five hour conference call! 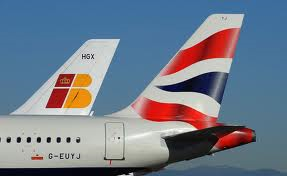 Here are a few highlights from the slides:

Passenger numbers are still 10% lower than they were in 2001

British Airways will consolidate in Heathrow T3 and T5 by Summer 2015, leaving Terminal 1

The Boeing 737 aircraft at Gatwick will be replaced by modern Airbus aircraft by 2015, and an additional Boeing 777 will be assigned from Summer 2014

There is also lots of stuff on the issues at Iberia and the developments at low-cost carrier Vueling.

There was no mention of Vueling becoming a BA partner, though, even though it has more and more UK departures and you can already earn and spend Avios via Iberia Plus.  I didn’t know that Vueling is already the biggest airline operating out of Barcelona and the 3rd biggest out of Paris Orly.   There is even a Hotel Vueling in Barcelona now!

Vueling is also rolling out on-board Wi-Fi in 2014, which will put it ahead of BA and Iberia, embarrassingly ….