Club Carlson, the Radisson / Park Inn programme, announced a devaluation of the programme yesterday – although you wouldn’t have thought that given the way their email was worded.

Let’s look, step by step, at what is actually happening.

The changes are formally outlined on the Club Carlson website here.  All apply from March 15th. 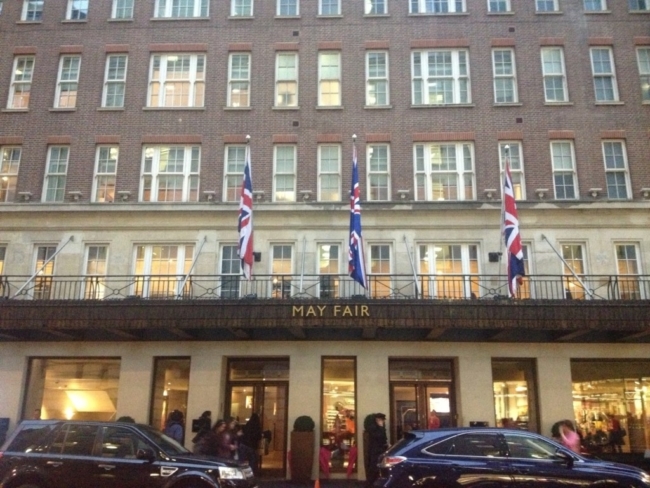 A new Category 7 is launched, requiring 70,000 points.  This replaces the current cap of 50,000 points for Category 6.  Initially, only nine properties will be in Category 7:

A number of other others change category, both up and down.  The list is here.

The online booking bonus, offering up to 3000 bonus points per stay, is scrapped.

Hotels will, at their discretion, be able to open up additional room categories for redemption at higher price points.

Points will now be earned on food and drink purchases on reward stays.

Overall, I think, this is not too bad.  The programme had been over-generous in many areas, and some of these ‘sweet spots’ will still be in place after these changes.

The new Category 7 only includes nine hotels, although obviously it may grow over time.  (Radisson announced plans this week to launch a new super-luxury chain, Quorvus, later this year.)   I am not desperately keen on The May Fair (small rooms, rather too ‘buzzy’ for most people) and, given that good London hotels like Park Plaza Westminster Bridge are still at 50,000 points, it is not a great loss in London.

Paris is a bigger problem.  Pretty much all of the decent Paris options will now be 70,000 points.  If I had to guess, I would suggest that – with Hilton having almost no presence in Paris – Carlson was seeing a disproportionate number of redemption nights from US tourists.

Moving the Cannes property to 70,000 points is a shame – I recommended it to HfP readers last year.

A slight tapering of the status bonus simply brings the scheme in line with competitors.  The ’20 points per $ spent’ is still, by far, the most generous earnings rate around.

The change to the online booking bonus may or may hurt you.  If you book lot of cheap stays yourself, it will be a real blow – a Gold, earning 2,000 points from the bonus, gets the equivalent of spending an extra $100.  However, anyone who uses a corporate travel agent won’t have been receiving this anyway.  It also has only a modest impact on long, expensive stays.

The ‘1 to 3’ transfer rate to Club Carlson from American Express Membership Rewards is still there.  The 70,000 point properties are still an OK deal if you can get them for 23,333 Amex points.  You also still get Carlson Gold for free with American Express Platinum.

Carlson is also giving a decent notice period for this devaluation, so they learnt something from their behaviour last year in cutting airline transfer rates overnight.