This will have sent a bit of a shock around the London hotel community – it was certainly a surprise to me.  Less than two years after it opened, InterContinental is surrendering the management of its second London property – InterContinental London Westminster.

With almost unseemly haste, it will become the Conrad London St James in September.  Given the short notice, it may not even be able to close given the number of bookings it will already have.  Guests may go to sleep in an InterContinental and wake up in a Conrad.

The exact date was not announced.  InterContinental is still taking bookings but only until August 31st. 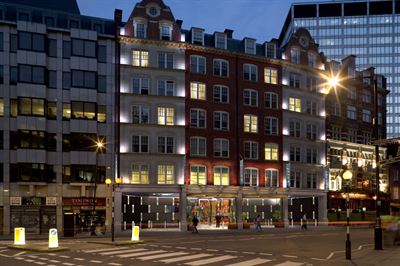 Was InterContinental pushed or did it jump?  We will never know.  There may have been revenue targets that triggered a break clause in the management contract.

Conrad, Hilton’s upmarket business brand, was desperately missing a property in London.  You can’t be considered a serious hotel brand unless you are represented in all of the major gateway cities.  Conrad New York – where I was 10 days ago – opened a couple of years ago.

They must be delighted to get their hands on the Westminster property which was converted at huge expense.  It is, though, a building of compromise, as London hotels which are converted from old buildings tend to be, with rooms of different shapes and sizes and minimal views. 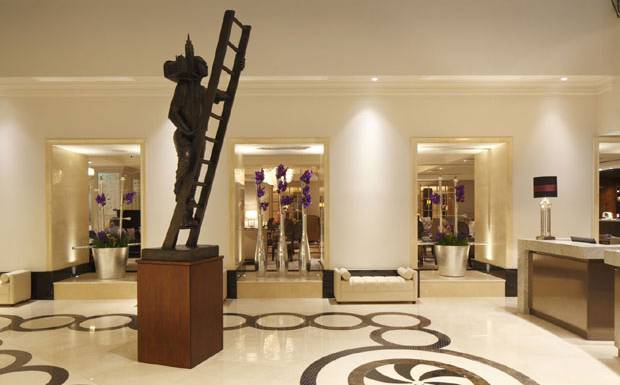 Ironically, InterContinental presumably took on the management of Westminster partially so that they could sell the freehold of the InterContinental Park Lane.  InterContinental knows that it has to be in London to be taken seriously.  At the same time, it wanted the flexibility to be able to walk away from Park Lane if another hotel group offered a knockout bid but insisted on rebranding.

(They may have been thinking of Peninsula, which has since bought an office block opposite InterContinental Park Lane and will soon begin converting it into a mix of apartments, offices and a hotel.)

InterContinental has since announced that it will manage a luxury hotel being opened next to the O2 Arena in Greenwich, but that can hardly be considered a prime London site. 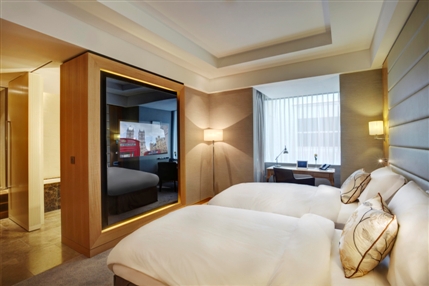 The second InterContinental in Paris – itself a similarly ‘compromised’ property – was presumably opened for the same reason.  InterContinental was keen to sell the freehold of Le Grand and wanted to be certain of keeping a foothold in the city.

I doubt that much will change at Conrad London St James in the short term. If you are a Hilton Gold, you will now receive free breakfast – something that no-one got when it was an InterContinental.  On the other hand, non-status guests will now have to pay for internet which was free to everyone before as long as they joined IHG Rewards Club.

For Hilton Diamond members, automatic access to the Club Lounge could be attractive.

If Conrad is serious about becoming a top business brand globally, IC Westminster is not good enough.  They need a better property than that.  The same goes for New York, where Conrad New York needs to be joined by something in Midtown.  For now, though, Hilton will be happy.

Conrad’s press release on the deal can be found here.