No 1 Lounges runs an excellent network of premium, ‘pay to enter’ airport lounges across the UK – see here for details.

They were the pioneers in proving that passengers would pay if the quality was high enough.  Swissport / Servisair was forced to up its game by rebranding and upgrading its lounges as Aspire, and Plaza Premium decided the demand was there to base its European launch here.

That said, growth has slowed recently.  The only opening in the last 18 months was Gatwick South, and that was an expansion / resite rather than a brand new opening. 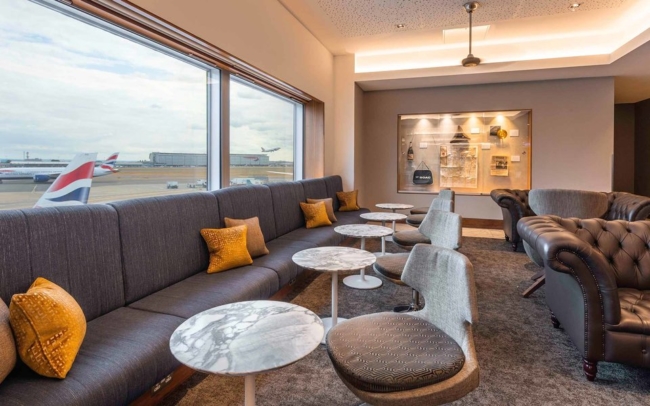 Things seem to be changing.  Business Traveller reports that the group intends to open EIGHT new sites by the end of 2018.  This will be a mix of expansion into new terminals at existing airports and brand new locations.  By 2020, the plan is to have 24 sites.

There is no word on where the new lounges will be based, or even how many will be in the UK and how many will be abroad.  It is definitely good news for all of us if these plans come to fruition.

We have reviewed all of the UK lounges if you want to find out more:

A normal Head for Points article would have finished here.   However, when I saw this story on Business Traveller it had an odd smell to it (nothing to do with BT, for clarity).

As I mentioned above, the No 1 Lounges opening programme has ground to a halt recently.  I know that the space which became the Club Aspire lounge in Terminal 5 was competitively tendered, and No 1 lost.  I am guessing that the new Plaza Premium lounge in Terminal 5, opening next month, was also tendered, and if it was then No 1 lost what would have presumably been just a two-horse race.

Meanwhile, Manchester Airports Group – which also owns Stansted, East Midlands and Bournemouth – is prioritising its own directly-owned premium lounges instead of leaving money on the table for others.  No 1 left Stansted, MAG is rolling out its Escape lounges and it is also trialling the adults-only super-premium ‘1903’ brand at Manchester T3 which will be rolled out if it goes well.

A company which has lost four chances recently to open in the most important airport in Britain, and which may be blocked from the four MAG airports, suddenly has eight lounges on the go for 2018?

You also need to understand the practicality of building in airports, airside.  Every worker needs full clearance.  Every hammer, every knife, every tool must be counted out and counted in every day.  Every delivery of supplies must be scanned.  This is why airport building projects always hit delays.  If No 1 has eight projects to open in 2018, work must already be underway on some of them – but I haven’t heard anything.

Most long-term HfP readers know that I worked at a major UK private equity firm for over a decade.  I know how the game works.  No 1 Lounges is owned by a private equity group, NVM.  I could smell a PR campaign to talk up the value of the business before a sale.

Sure enough … a quick search turned up a Mail on Sunday story from April by a journalist called Ben Harrington who I knew in my City days.  (If you work in M&A or trading, his Betaville blog is worth a look.)  It said that No 1 was quietly up for sale.  Nothing has been heard since which implies problems over the expected valuation.

I also found this from The Daily Telegraph in July.  It is exactly the same story as appeared in Business Traveller, talking about the major expansion.  The way it is written feels as if the story was ‘placed’ by a PR firm.  It is possible that BT copied the story from the Telegraph, but it is odd that they would wait six weeks.  I would guess that the same PR company approached BT this week.

So ….  I would take the claim of eight new sites with a pinch of salt.  The company has lost momentum.  It also has marketing problems if our odd relationship with No 1 over the last two years – including a weird non-meeting recently – is anything to go by.  Remember that HfP is, both directly and indirectly, one of their biggest UK influencers and revenue drivers.

Since both Plaza Premium and Swissport / Aspire (ultimately owned by China’s HNA Group, parent company of Hainan Airlines) have deep pockets, I think it is more likely that No 1 disappears into one of these two companies within a year.