InterContinental Edinburgh is now ‘open’, although for this hotel the concept of ‘open’ is a complex one:

you can argue that it has re-opened, since it was originally an InterContinental until a few years ago when IHG sold it 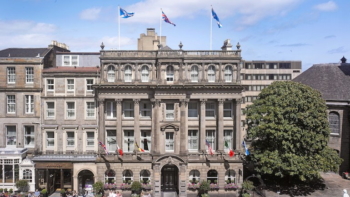 As an IHG Rewards Club redemption, it costs 55,000 points per night.  This is a decent deal based on my 0.4p per point valuation for an IHG point.

You can find out more on the InterContinental Edinburgh website here.