Yesterday IAG (owner of British Airways, Iberia, Aer Lingus, Vueling and soon maybe Air Europa) had its Capital Markets Day.  This is an event for IAG bond investors where they are updated on current activity at the company.

It is focussed – as you would expect – on financial performance, but IAG has expanded it well beyond what is legally required into an annual ‘state of the nation’ address.  Here are a few of the points which I found interesting this year.

If you have very little else to do this Saturday, you can see the full 175 slides here (PDF). 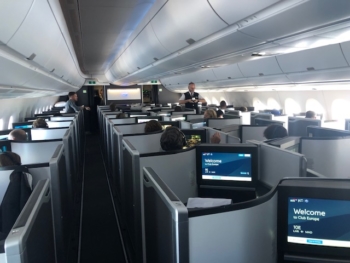 Club Suite to be on 33% of Heathrow aircraft next year

The biggest news by far is BA’s plan for the Club Suite rollout. Until now, it has been unclear which aircraft will be getting it and on what timescale.

We now have a very clear insight into their plans at Heathrow. The Gatwick fleet – about 14 aircraft – has been omitted from the presentation, and presumably BA’s priority is getting Club Suite on its more profitable business-focused Heathrow routes. 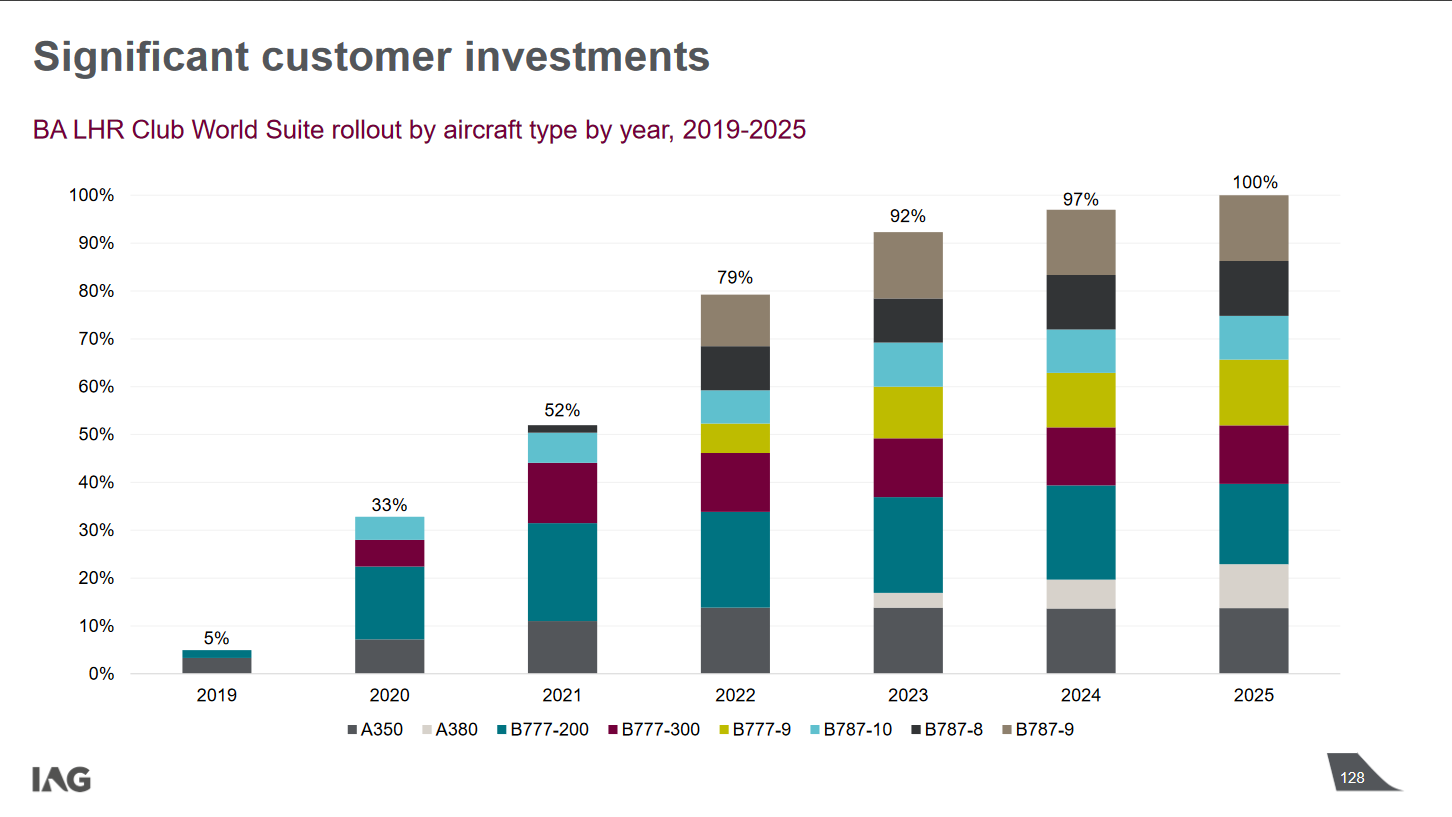 Having one third of aircraft with Club Suite next year will be a game changer. It looks like this will be achieved in two ways.

Via new aircraft, we will see a small increase in the A350 fleet and the introduction of the Boeing 787-10 which will be a new addition to the BA fleet.

The biggest chunk, however, will come from refitted Boeing 777-200s and a handful of 777-300s. Hopefully this means that New York, a route that has so far seen very little of Club Suite due to the lack of a First cabin on the A350s, gets a little more love.

The existing British Airways fleet of Boeing 787-8 and 787-9s will only get Club Suite from 2021 at the very earliest, whilst the A380 fleet will start its refit program from 2023.  This means that BA will want to keep the super-jumbo around for a long while yet, as they cost millions to refit and will presumably be undergoing heavy maintenance checks.

The existing Boeing 747s will be phased out by 2024 and will not receive Club Suite. 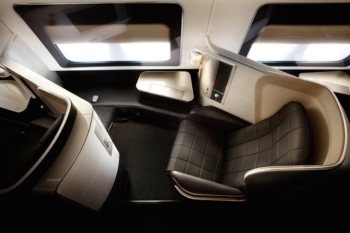 What isn’t mentioned in the presentation is a new First Class seat.  On the Club Suite inaugural flight, BA CEO Alex Cruz said they were hoping to launch it on the Boeing 777-9 from 2022.  This gives Club Suite a three year head-start and means that it would be out of sync with the Club Suite refit on older planes.  It would also mean the current seat going onto deliveries of the Boeing 787-10 which is due to have a First cabin.

Boeing 737 MAX for Gatwick and Vueling

You may remember the slightly shocking announcement a few months ago that IAG had agreed terms for an order of 200 Boeing 737 MAX aircraft. This was not long after the Ethiopian Airlines 737 MAX crash, and nobody was touching the aircraft with a bargepole …. except IAG.

We now have a little clarity on this order although – it is worth stressing – this is still just a letter of intent.  The plan, for now, is to use these aircraft for BA’s Gatwick fleet and for Vueling.  This makes sense – the 737 is a narrower aircraft (narrower aisles and narrower seats) and has reduced cargo capacity.

Despite the 737 MAX problems, there IS some good business sense behind this order, besides the rock-bottom prices they no doubt negotiated.  The assumption in the industry is that this was the most heavily discounted aircraft deal since Ryanair ordered 150 Boeing 737-800 aircraft in the aftermath of 9/11.

British Airways currently operates an all-Airbus short haul fleet. If anything happens to that aircraft family which leads to a global fleet grounding, the BA route network would collapse entirely.  This order does reduce BA’s exposure to future short haul groundings although there is a sense of irony in ordering an aircraft that is currently grounded to reduce the impact of any future disruption.

Is Heathrow really a BA monopoly?

One opinion that is often trotted out – and is currently spearheading Virgin Atlantic’s Heathrow expansion campaign – is that Heathrow and the London market are fundamentally dominated by British Airways. The argument goes that BA holds the market hostage and has started to show monopolistic tendencies.

The figures do not seem to back this up. Or rather, whilst this may be true, Heathrow is NOT the worst offender. In fact, almost every other European hub has significantly less competition than Heathrow.

IAG has 55% of all Heathrow flights. This compares to 61% by Air France-KLM at Schipol and a staggering 69% – 72% Lufthansa Group domination at Frankfurt, Munich and Zurich.

What does BA have to say about Avios?

Not a huge amount, to be honest – at least in terms of major changes.  There was some discussion on the conference call about the pros and cons of merging all of the schemes, following the Miles & More model, but it appears that there are concerns over losing the national branding.

The scheme now has 9m active members, of whom 7m are in Europe.  ‘Active’ is defined as having earned or redeemed an Avios in the last 12 months, which seems a fair definition to me.

As you can see, there is a substantial step-change planned in the number of Avios issued from 2020 onwards.

9% CAGR is substantially above IAG’s capacity growth, and of course far from all Avios issued come from flying.  Avios will also have taken a hit from the changes in Amex credit card bonuses in the UK.

We are assured by Avios, however, that there is a very strong pipeline of new partnerships on the way and that the 9% number is very achievable.  Let’s see what turns up!

You can also see from the chart above that the gap between Avios issued and Avios redeemed is getting wider every year.  This is not necessarily good news because it is inherently inflationary.  We need to hope that more Avios can be sucked out of the system via poor value payment for seating fees etc to avoid any devaluation.

This slide is a little bizarre:

It is an attempt to show how Avios is good value.  However, it shows the user spending 34,900 Avios + £2 to save £325.88.  This works out at 0.93p per Avios.  Whilst this certainly isn’t dreadful value, it certainly isn’t one to boast about.  If you’re only getting 0.93p per Avios you should be ditching your British Airways American Express credit card for an American Express Platinum Cashback card, which pay you 1p to 1.25p back per £1 in hard cash …..

As we said at the start, there are 175 slides-worth of this stuff if you have nothing else to do on a cold wet Saturday!