Virgin Atlantic has announced that it is ending its free Upper Class chauffeur service.

It will still be around for a few weeks before it stops.  Virgin Atlantic will honour it for all qualifying bookings made until 30th June, which theoretically could mean that people are still using it in May 2021.

In reality, given that it is now restricted to full fare Upper Class ticket holders – and these are typically short notice bookings – the service will be pretty much done and dusted by the end of July. 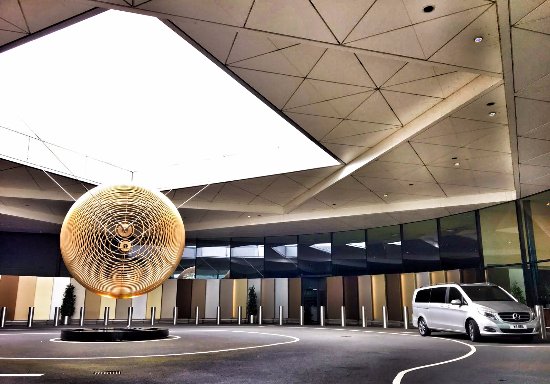 I used this service a couple of times.  The first time was probably 20 years ago when I flew Virgin Atlantic to Johannesburg whilst working on a banking project there.  As a relatively young guy, and in the days before you could order a top-end Mercedes from Uber or Wheely via your smartphone for a few pounds, it felt very glamorous.

The chauffeur car service even led to physical changes at the airline.  Heathrow Terminal 3 was redeveloped to allow Virgin Atlantic to offer drive-thru check in via the Upper Class Wing (picture above).  You could hop out of your car and directly into the airport via a dedicated channel.  I assume this feature will remain, although whether your Uber driver can find it is a different question.

In recent years the number of people who could use the service was restricted.  The current rules are:

you must be flying on a J, C or D class Upper Class cash ticket (flexible or semi-flexible)

…. booked directly with Virgin Atlantic, and

…. flying on a Virgin Atlantic aircraft, not Delta or another codeshare

In the announcement yesterday, which is hidden away on the website here and only visible if you click ‘Other Travel News’, it says that:

“In recent years, of the 20% of Upper Class customers that are eligible for a complimentary transfer, fewer than 50% choose to use one.”

50% seems like a decent take-up to me.  However, as the service includes not just chauffeur cars but also limobikes and Heathrow and Gatwick Express tickets, you should also assume that there were some marketing failures.  After all, you had to get to the airport somehow.  I admit, however, that the hassle of claiming a (relatively) cheap rail ticket might have been more trouble than it was worth.

There is also the ‘benefit’ that:

“we’ll be providing a consistent experience with our partners Delta, Air France and KLM”

…. although ‘lowest common denominator’ was never a Virgin Atlantic aim.

It is tricky to see this as a major cost saving measure.  Let’s do the maths:

of which only 20% qualify for the chauffeur service, ie 6 people

of which only 50% were actually using it, ie 3 people

of which, at a guess, a third took the cheap option of a train ticket

This meant that Virgin Atlantic would be funding four chauffeur trips per flight (one at each end of the flight for two people) at a maximum cost of possibly £400.  Frankly, I would have expected Virgin Atlantic to absorb £400 per flight purely for the marketing value of being seen to offer the service. 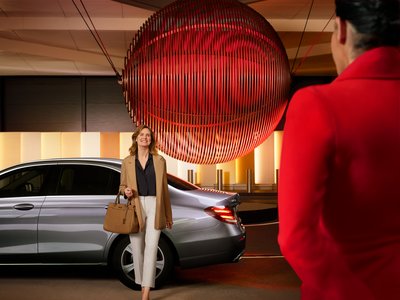 The trend, of course, is against inclusive car services.  Etihad and Emirates have both made sharp cutbacks to eligibility and no longer offer cars on reward flights in Business Class.  I have taken advantage of many of these over the years.

Lots of people will drive you to your plane door these days.  Air France and Lufthansa – and even British Airways if you are important enough and running late – will drive you across the tarmac to your flight if hold the right class of ticket.

(It’s odd how Virgin Atlantic isn’t bringing itself ‘in line with its partners’ by driving you to your aircraft like Air France does in First Class!)

At London City Airport (First Class Lounge review) or Manchester Airport (PremiAir review) you can be driven to your plane, after checking in at a VIP terminal, for £95 or £100 respectively.  Signature also lets you use their VIP terminals at Gatwick (Signature Elite Gatwick review) and Luton (Signature ELITE Luton review) amongst others.

It looks like the days of being driven from the airport to your home for free, however, are numbered.

For now, you can still find details of the Virgin Atlantic chauffeur service on its website here.