Ever since it joined the oneworld alliance, airberlin has offered some exceptional bargains for Avios collectors.

As I wrote in this article, you have been able to fly to the USA and Abu Dhabi paying only minimal taxes.  Since that article was published, airberlin has added a raft of new US routes on top.

A one way airberlin Avios redemption in business class from the US to Germany costs just £4 in taxes and charges!  A return is a bit more because of German airport taxes but you will pay under £100 return.  Berlin and Dusseldorf are also easy to reach from many UK regional airports.

The service isn’t shoddy either – here is Anika’s review of her recent New York to Berlin Avios redemption in business class.  Etihad, the 49% shareholder in airberlin, oversaw an upgrading of its business class with new fully flat seats.  The food is very Germanic but apart from that ….

Is the end nigh for airberlin?

Back in September, I wrote about how Lufthansa is taking over a third of the airberlin route network.

From 31st March 2017, all airberlin and NIKI flights which do not feed into the hubs of Berlin or Dusseldorf will be transferred to Eurowings.  This includes flights out of Vienna, Stuttgart and Palma, where airberlin is the biggest airline.

40 planes are involved, of which 35 will be branded as Eurowings with the other five passing to Austrian.  airberlin is also having discussions with TUI about the remaining NIKI operation based in Austria. This is, in theory, a six year deal although it is difficult to imagine the operation of the routes ever passing back to airberlin.

I saved a four figure sum using Avios to fly from Palma to Innsbruck on airberlin / NIKI last summer.  Taking the same trip this year will be very expensive.

For airberlin, the deal makes sense.  It will have no impact on their long-haul operation.  It is no different to what British Airways did a few years ago when it span off its regional operations into BA Connect which was merged into Flybe.

It is now beginning to look as if this is only part of the story, however …..

Lufthansa may be on the verge of acquiring the rest of airberlin.

airberlin has been losing money for a number of years, despite major capital injections from 29% shareholder Etihad.  There are even rumours that Etihad CEO, James Hogan, may lose his job after losing $2.6bn on investments in airberlin, Air Serbia and Alitalia. 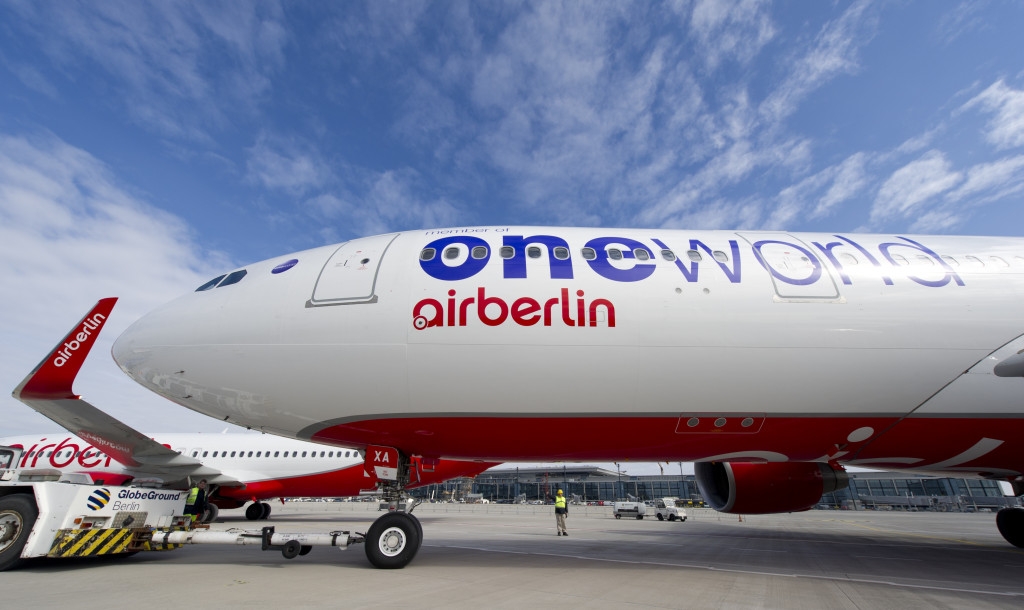 airberlin has a decent long-haul network  but short-haul has been hit by competition from Ryanair, easyJet, Wizz etc.  I thought that retrenching to a hub and spoke network, with its remaining short haul flights providing feed to the long haul flights out of Berlin and Dusseldorf, would keep airberlin afloat.  It now seems not.

Reports in the German media have said that the German Government would be supportive of Lufthansa taking over the rest of airberlin – ie the long haul routes and the feeder flights.  airberlin has just fired its CEO and the replacement is reportedly being appointed with a ‘to do’ list consisting of just one item.  They are not concerned about competition issues – the German Government has spent years trying block the ‘Middle East 3’ from getting established at Frankfurt and Dusseldorf in order to protect Lufthansa.

For Lufthansa this would be a smart move.  Once Berlin Brandenburg airport finally opens, it will have a brand new facility with enough space to ramp up operations.  Lufthansa was at serious risk here, having put all of its long-haul eggs in the Frankfurt and Munich baskets with no long haul presence from the national capital.

At a stroke, taking over airberlin will give it dominance of the long haul market from Germany and pole position at the new airport.  It won’t complain at gaining a major presence at Dusseldorf either.

For Avios collectors, this would be a blow.  You can say goodbye to those low tax redemptions out of Germany.  With Aer Lingus also increasing its taxes and charges sharply following the launch of AerClub, 2017 may not be a good time to Avios rich but cash poor.

It isn’t clear what will happen to existing Avios redemptions on airberlin in this scenario.  You might think existing bookings would be protected, but there are many examples in the hotel sector where a property rebrands from one chain to another and all existing redemption bookings are cancelled.  We would need to wait and see.