This is the last part of my look back at 2013.  Previous articles looked at my personal travel highlights and top promotions and the large number of devaluations this year.

Credit card sign-up bonuses have now become a key driver of this hobby.  Whether you like it or not, it is a fact of life.   It is convenient that, because you need a decent income to ‘play’ the miles game (because you still need to pay those taxes ….) you are also likely to qualify for multiple credit card sign-ups and be able to clear your bill each month.

Ironically, despite all of the activity by Amex this year, the winner of the Head for Points ‘Credit Card Promotion of the Year’ award for 2013 is MBNA’s American Airlines card. 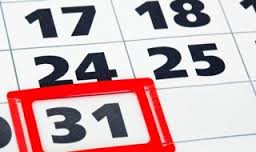 Back in February, MBNA offered a whopping 35,000 miles for taking out this (free) card.  There was a £5,000 spending requirement – pretty tough – but you had six months to achieve it.  The card was also an Amex / Visa combo, which it easier to achieve the target spend, especially if you charged the council tax bill which arrived in April!

American Airlines has some sweet spot redemptions from the UK – just 30,000 miles one-way to India or the Middle East on BA, Qatar, Royal Jordanian or Etihad (Etihad is not a BA partner).  You can also fly to the US without paying any fuel surcharges if you redeem AA miles for a flight on an AA plane.

MBNA’s generosity did not cover all of its cards, though.  Amazingly, the Virgin Atlantic credit cards – which MBNA issues – did not run a single improved sign-up bonus all year.

American Express has been consistently active throughout 2013.  Amex is happy for you to have multiple cards, receiving a bonus for each, and will also let you re-apply for a card after a six month gap.  Whilst you don’t want to give Amex any reason to blacklist you – if you fall out with Amex, you will struggle to get very far in this hobby – many people have benefitted hugely from Amex’s generosity this year.

Last month, I was forced to split the ‘Credit Cards Update’ page on Head for Points into two!  The number of new card launches this year made it unwieldy!

The most surprising launches were from Emirates and Etihad, both of whom launched cards via MBNA.  Neither did enough to get me over-excited, though – the BA Amex sets the bar pretty high.  MBNA also relaunched the United Airlines card at the end of the year, albeit with minimal benefits apart from a sign-up bonus.

My ‘Credit Card Launch of the Year’ award goes to the new Lloyds Avios Rewards card.  Yes, their customer service is shocking, to put it mildly.  However, by launching the first credit card to offer NO 3% foreign exchange fee AND give reward points they have done something radically different.  If their customer service was any good, this card would be a belter.

My ‘humane killing required’ award goes to the TSB Avios Duo cards.  When Lloyds relaunched its Avios cards, the old product was rebranded under the TSB name.  Lloyds / TSB now offers FIVE credit cards which award Avios points, far too many to make sense and only one (the £24 Lloyds Avios Rewards card) is actually worth bothering with.

Finally, an honorary mention to the HSBC Premier MasterCard.  Whilst you need to have a lot of money invested with HSBC to get this, the ‘1 Avios per £1’ return for a non-Amex credit card (and a free one at that) is incredibly good.

Whilst I’m not sure of the exact date, my understanding is that the British Airways credit card contract is up for renewal soon.  I was told that it is possible that one issuer may get everything – BA, avios.com and Iberia Plus.  This may lead to some aggressive moves to retain the contract, with MBNA certain to put up a major fight.

Looking forward, credit cards are set to remain a key part of the ‘miles and points’ hobby.  Yes, it is crazy that the free Amex Gold gets you a sign-up bonus equivalent to taking 20 return BA flights from London to Manchester (if you have no BA status), but that is now the nature of the business.  The airlines are addicted to the inflow of cash from the card companies.

PS.  Perhaps 2014 may finally be the time that Barclays gets around to rebranding the Priority Club credit cards as IHG Rewards Club.  They have had six months to do it so far, with no progress!