Which? magazine published its annual airline (economy class) satisfaction survey on Saturday, and it did not make great reading for British Airways.

Based on feedback from over 11,000 Which? readers, BA’s short-haul performance could hardly have been worse.  The airline slumped to ‘third from bottom’ on short haul with a customer score of just 52% compared to 67% last year.  It only managed to outperform Ryanair and BA’s sister airline Vueling who tied for last place.

BA was given two stars out of five for food and drink, seat comfort and value for money.

The top 10 rated short-haul airlines were:

Aurigny, if you don’t know it, operates a small fleet to and between the Channel Islands and was an Avios partner until last year.

To be honest, I have not flown a single short-haul segment this year on anyone other than British Airways.  Whilst the fall is certainly dramatic, you can never be sure how much is driven by external ‘noise’, eg the IT collapse, and how much is from real experience – albeit Which? readers were only asked to vote on airlines they had flown in the last year.

Worryingly, this is before the upcoming second-wave of changes to cabin layouts, including removing one toilet from economy, placing the remaining one against the back wall of the galley and replacing the seats with new ultra-slim ones. 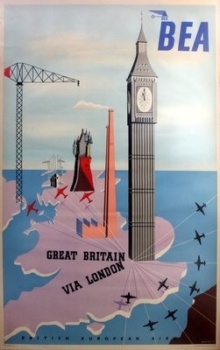 Customer satisfaction dropped from 60% to 50%, with BA also falling to ‘third from bottom’.  It ranked below TUI and Thomas Cook, although it did still beat United Airlines (a shocking 39%) and American Airlines (46%).

Singapore Airlines was the clear long-haul winner with a score of 80%.  It was followed by Emirates, Qatar Airways and Cathay Pacific. 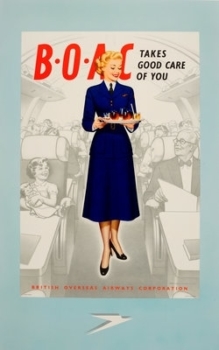 The magazine also talks about the devaluation of Avios.  Now, I have to declare an interest here as Which? approached me to contribute to this and I refused.

Well, not quite refused.  However, Which? wanted to show the number of flights required to get a free flight to New York over the last 30 years (1988 to today) – and they have discussed this in the published article.   This is what I told them:

“[I don’t think that this is the right way to go.]  Let me put this into context a bit:

* there have been various changes over the years in terms of how you earn miles from BA flights, most recently in 2015.  This severely cut the miles earned on discount economy tickets, increased them sharply on flexible tickets and made proportional changes to everything in between.  Even if we had the data, you would need to be VERY specific, eg ‘how many fully flexible business class flights are needed?’

Those are the downsides. Here are the upside changes:

* there has been a MASSIVE increase in product quality since 1988.   This seat is what you got for a BA business class seat back in 1988.  Today you get a fully flat bed.  If you redeem on Qatar Airways (a BA partner) you can now get a PRIVATE SUITE – see here.  What you get versus 1988 is not comparable.

* the ability to earn miles via credit card sign ups and the like has never been as generous as it is today.   ANYONE with a decent credit score and a partner can earn 100,000 Avios for almost free within 7-8 months.  It has never been so easy to hoover up points via credit card sign-up bonuses.  [I gave a full breakdown of how this would be done.]

* BA now guarantees two Club World seats and four Economy seats for Avios on every BA flight, and usually far more than that. This guarantee was not there before 2015.

That has probably cost me a few new readers from the Which? audience but I’m not prepared to kick a man when he’s down …..

BA did issue a statement in response to the report:

“British Airways is a premium airline committed to customer choice.

We offer customers the biggest network from London’s most central airports, a loyalty programme with huge benefits and the best punctuality record of the three big short-haul operators from the capital. We also give our growing numbers of customers a wide choice of fares and services.”