Last Monday, Rob, Sinead, Caroline and I gathered with 28 industry guests to celebrate the winners of the Head for Points Travel and Loyalty Awards 2019.

We thought it would be a good way to treat the people who had the greatest effect on your travelling enjoyment last year.

We gathered in the Marx Room in Quo Vadis, a restaurant in Soho. It is the same dining room we used for our private reader dinner in October. Karl Marx lived in the building with his family in the 1850s and called it an “old hovel” but you would scarcely know now that Quo Vadis has done it up beautifully.

We started with a drinks reception which allowed all the winners to mingle.  It’s rare to have people from the hotel, airline and lounge sectors in one room, let alone to meet your counterpart at another company.  The feedback we got was that everyone enjoyed making new connections and chatting with each other. 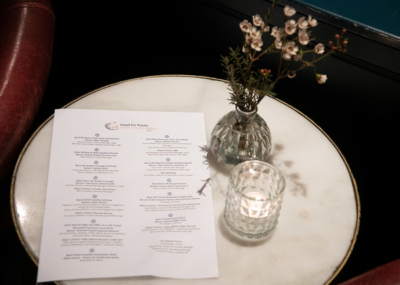 The drinks reception also gave us time to take some snazzy photographs of the winners with their awards.  British Airways was pleased to win ‘Best New Business Class Seat’ and ‘Best Airline or Rail Loyalty Scheme’: 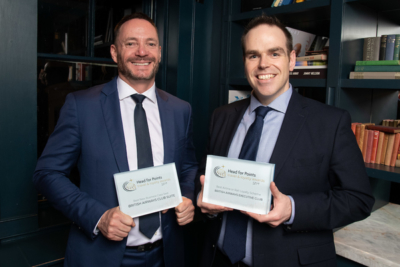 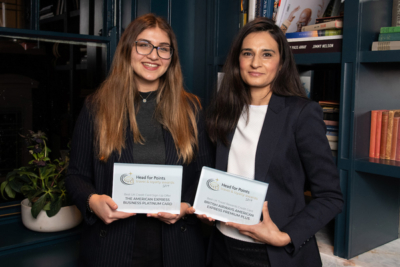 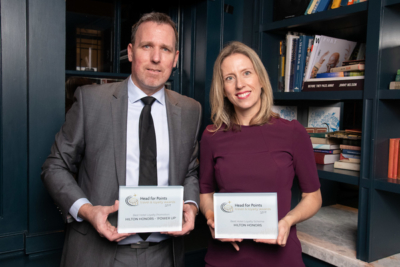 …. Marriott, who got ‘Editor’s Choice’ for ‘Best Hotel Loyalty Scheme‘: 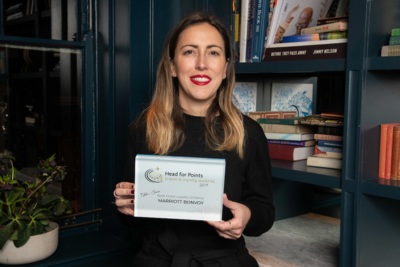 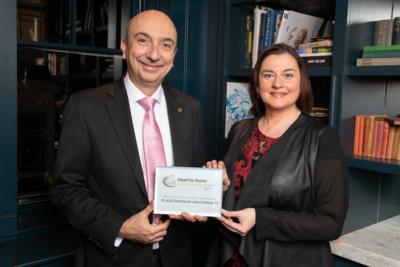 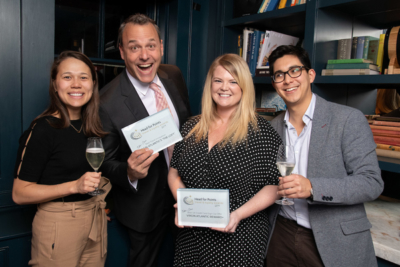 We were delighted – and slightly humbled – that every winner came along, with three travelling down from the Midlands and North West for the occasion.  Our other winners were:

Qatar Airways for ‘Best Business Class Seat and Service’ and 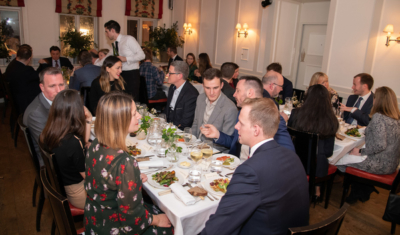 After the reception we sat down for a three course meal.  The seat plan was carefully curated to make sure everyone had someone relevant to talk to, with Sinead, Rob, our occasional contributor and advisor Caroline and myself each hosting a table of eight.

Unfortunately what gets mentioned in Quo Vadis stays in Quo Vadis, so don’t ask us about the conversations we had.

I’m no food writer and the food was too good to hang around, so you’ll just have to take my word for it when I say it was excellent. 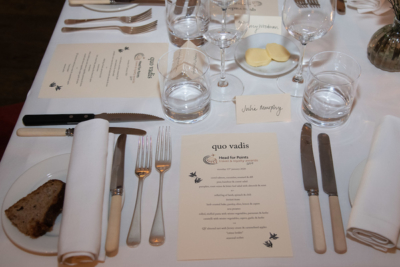 From the feedback we got, the evening was a resounding success.  It was great to bring together people who all work in travel and loyalty but rarely get to speak to each other.  An auspicious start for our Travel and Loyalty Awards!